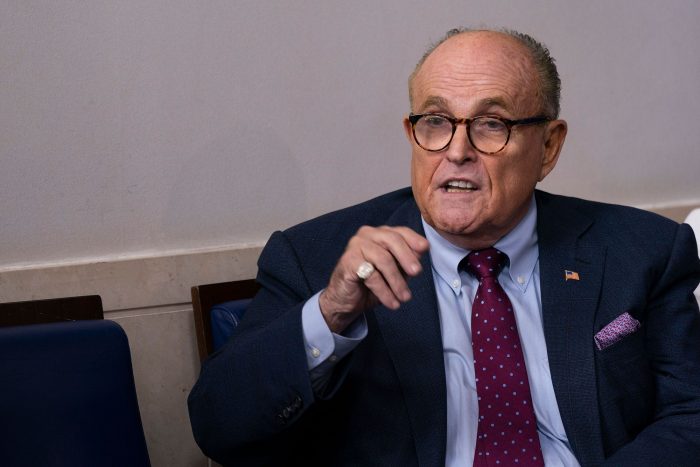 The former mayor is the arrow head of various specious theories about the 3 November election being rife with conspiracy and fraud.

“@RudyGiuliani, by far the greatest mayor in the history of NYC, and who has been working tirelessly exposing the most corrupt election (by far!) in the history of the USA, has tested positive for the China Virus.

“Get better soon Rudy, we will carry on!!!,” Trump posted.

Andrew works as a special assistant to Trump.

Andrew Giuliani tweeted Sunday that his father is “resting, getting great care and feeling well.”

The attorney is the latest member of Trump’s inner circle to contract the virus.

The president himself was infected and spent several days in a military hospital early October.

Trump is said to be paying Giuliani $20,000 a day for all his appearances in court, to upturn the election of President-elect Joe Biden.