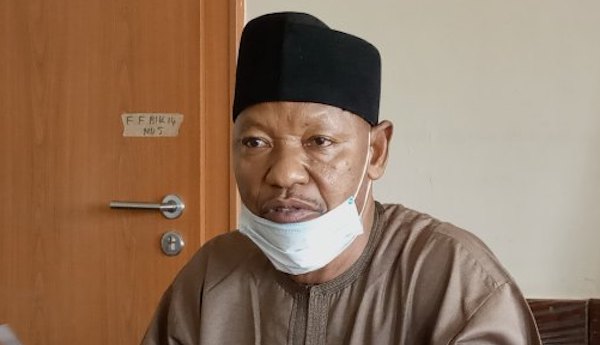 The Economic and Financial Crimes Commission (EFCC) has invited Mr Abdon Gin, former Head of Service in Bauchi state to its headquarters in Abuja.

The ex-HoS who is also the Special Adviser on Civil Service and Labour Matters to Gov. Bala Mohammed of Bauchi state was arrested on Saturday by the officials of EFCC.

The arrest was shortly after he had cast his vote in the just concluded Dass state constituency bye-election.

Gin was arrested after an allegedly undisclosed amount of money was found in his car, a few metres away from Kanwara/Mbak government Social Welfare polling unit.

He was being accused of vote-buying and handed over to the Nigeria Police Force, Dass Divisional Headquarters, where he was detained for more than three hours before he was released on bail.

Speaking in Bauchi on Sunday about the invitation, Mr Mukhtar Othman, counsel to the former HoS, who secured his bail, said that his client was invited to report at the EFCC headquarters on Dec. 10, for further investigation.

“My client is doing fine and he is at home now; he has been asked to go to EFCC on Thursday for further investigation.

“Nobody can stop EFCC from discharging its statutory responsibilities as an agency of government to suspect, investigate and arrest,” he said.

Othman said that his client was released on bail because the alleged offence with which he was accused had not been proven beyond a reasonable doubt.

He further stressed that Gin was never found in any other polling units other than his polling unit where he was arrested, adding that the money found with his client had been kept in EFCC custody as exhibit.

“He was released on bail because the alleged offence levelled against him has not been proven. He was found with money inside his car and that was all that happened.

“The money is kept in EFCC custody as an exhibit which is one of their procedures.

“Now the question is, was he seen distributing the money? He wasn’t.

“They have never met him anywhere around or any other polling units other than his polling unit where the incident happened.

“EFCC has every right to allege because the law says if it has reasonable suspicion, it can arrest; but arrest is one thing, proving the guilt of the person is a different thing,” said the counsel.

The Independent National Electoral Commission (INEC) on Sunday, declared Bala Lukshi of the All Progressives Congress (APC) the winner of the just-concluded state assembly by-election into Dass constituency of the state.