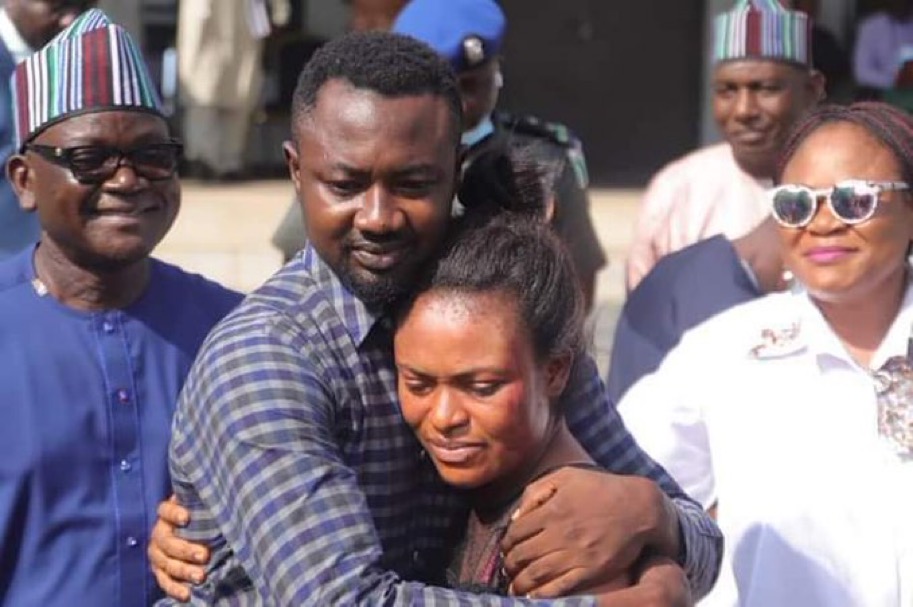 Governor Ortom’s intervention came amid a vow by Channels TV to probe the wife battery claim.

Reports from Makurdi said Ortom called the couple and advised them to always settle their differences, without resorting to violence.

He urged the couple to foster a stronger union that will serve as model to others.

According to rreports, Mr. Pius Angbo said he has apologised to his wife over the assault.

He also sought sought the forgiveness of the entire womenfolk.

It was not clear what he has told his organisation, which yesterday said it does not condone wife battery and has opened investigation.

Ifeanyiwa said she has accepted her husband’s apology and forgiven him.

She said the couple needs prayers to grow stronger in love and nurture their four kids to maturity.

She thanked Governor Ortom for taking time out of his very tight schedule to settle their misunderstanding.

She also thanked him for his fatherly love for them.