Nigeria is in a war zone, says Prof. Soyinka 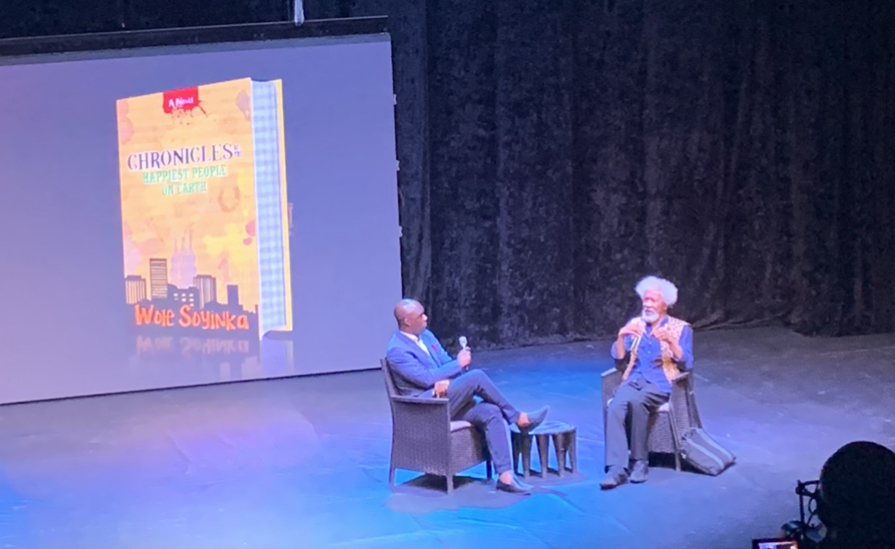 Nobel Laureate, Professor Wole Soyinka has said Nigeria is not only at war, but also is in in a war zone.

Soyinka made this statement  today against the backdrop of large-scale insecurity in the country while  launching  his latest novel, Chronicles Of The Happiest People On Earth, a book he published at 86.

“I think we are not merely at war, we are in a war zone, ” the literary icon maintained.

The Nobel Laureate also said there is a high level of insecurity in the country so much so that people now sleep with one eye open and the other closed, and cautioned that unless our leaders allow a decentralization of governance and accept that they have failed, we might have a new set of conflagration along different lines unlike before.

“The term, one eye open and one eye close has become a common parlance everywhere” he said.

Asked how long it took him to write the novel, the Nobel Laureate said it took him forever, adding that writing the book was a problem he dealt with for many years. And he had to escape twice, first to Senegal and then to Ghana before he could concentrate on the book.  And he actually spent about two years to write it.

“I just could not concentrate sufficiently within these borders,” he maintained.

Asked whether he feels things have changed since independence, the literary icon said nothing has really changed, adding that the more things seem to be changing, the more they remain the same.

Soyinka also decried the dependence of Nigerians on religion, adding that it reduces our humanity. He also said it is only when Nigerians learn to reduce their total dependence on religion that that is the only way they can habit with it. However the Nobel Laureate said believing in something that enlarges one’s humanity.

Asked again what his mood was, whether it was pessimistic or optimistic, the Nobel Laureate succinctly said: Happiness, adding that he takes everyday as it comes.