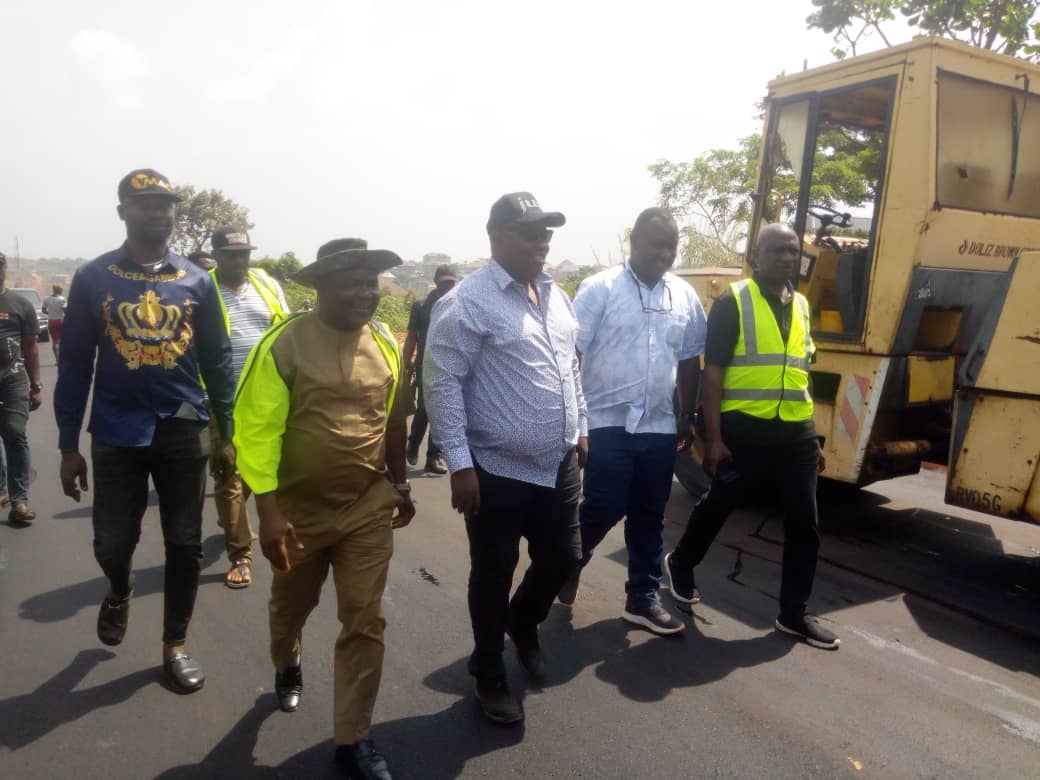 Anambra State Government says all the road projects being executed by Gov. Willie Obiano administration will be completed before the end of his tenure in March 17, 2022.

The State Commissioner for Works, Chief Marcel Ifejiofor, made the disclosure on Monday during the inspection of Nsugbe/Akpaka road project in Anambra East Local Government Area of the state.

Ifejiofor said the government regarded road projects as a very important way of developing the state, saying, “our concern is not to count the number of kilometres of roads we constructed, but the positive impact the roads make on a people.”

According to him, “We hope and believe that this dry season, people living in Nsugbe area will smile because the government will encourage the company handling this project to ensure it completed the work on this very important road.

“We are impressed with the contractor and others handling our road projects because they are working according to specifications,” he said.

Ifejiofor said that most of the road projects being done by the state recorded slow progress in 2020 due to the effects of Coronavirus and other environmental challenges this year.

“All that we are assuring the people of the state is that no ongoing road project would be left uncompleted before the end of this government.

“As soon as the 2021 budget is passed into law, we will add more roads and ensure that every road we started would be delivered,” he said.

“I lived almost 20 years in the United States of America and it is a serious crime to do substandard jobs over there.

“My interest is not to make an excess profit and expose the masses to undue sufferings, but to ensure that this very important road is executed well,” he said.

The Nsugbe/Akpaka road is meant to decongest traffic on ’33 area’ in Onitsha for travellers to Anambra East, Anambra West, Ayamelum local government areas as well as those coming from Nsukka/Benue axis to Onitsha.

Chief Owelle Mbaso, Senior Special Adviser to Gov. Obiano on Political Matters, said the quality and number of roads done by the administration was a plus for the All Progressives Grand Alliance (APGA) party.

Mrs Faith Ndife, a resident of Nsugbe area thanked Obiano for embarking on the Nsugbe/Akpaka road project but appealed to him to step up action on the project to ensure its completion.

“We are happy that government is doing this Nsugbe/Akpaka road, but we will be happier if the project is completed because it would bring more development to our area,” she said.