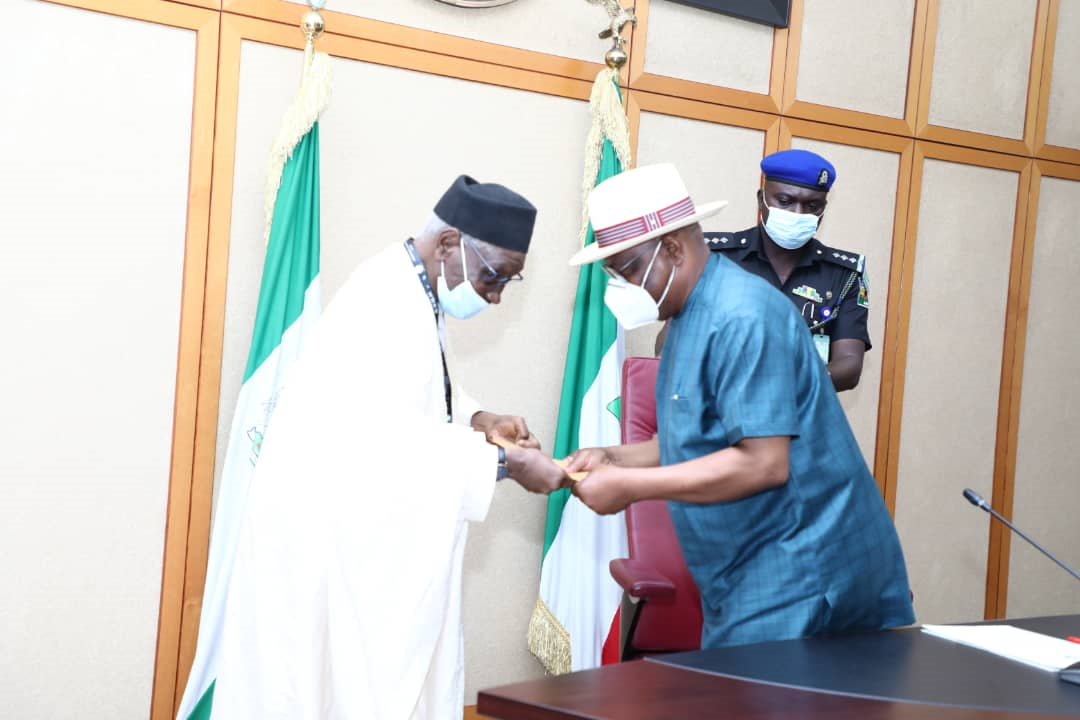 Rivers Governor, Nyesom Wike, has given assurance that he will continue to conduct the affairs of government in a manner that will not undermine the interest of any ethnic group resident in the state.

The governor gave the assurance when he played host to leaders of Northern Elders Forum (NEF) led by its Chairman, Prof. Ango-Abdullahi at Government House Port Harcourt on Monday.

The Northern leaders were in the State to meet with their kith and kin in the aftermath of the EndSARS protest that was hijacked by the proscribed Indigenous People Organisation of Biafra (IPOB) in the state.

Kelvin Ebiri, Special Assistant on Media said Governor Wike, applauded the leaders for the visit to ascertain what actually happened during the EndSARS protest.

The Governor said, “The EndSARS protest was very peaceful in Rivers state.  Oyigbo Local Government is one of the biggest in terms of population in the state. Miscreants woke up one morning because people are doing EndSARS protest and began to kill innocent people. They burnt down police stations, killed police officers and soldiers and destroyed courts.

“When you say what you’re done is wrong, we can’t allow it,  they say you’re against a particular ethnic group. How can that be? That action almost led to a big violence between this group and that group.  I am the governor of the state, how can I allow my state to be a centre of war? That can’t happen.

“Nobody can sack anybody here. Everybody has the right to live in the state. But no group can say it is their own place. I won’t allow that. We also have Rivers people who are living outside. So, I can assure you that I will not do anything that will not be fair to any ethnic group.”

Governor Wike, said he had raised alarm against the danger of insecurity after a cultists killed over one hundred persons on a particular Christmas’ eve in Ogba-Egbema-Ndoni Local government of the State. But, regrettably, the Federal Government reduced the issue to Politics and today, insecurity is ravaging every state of the federation.

The governor also recalled how FSARS brutality against Rivers People was also ignored. Worst still, he said even the Independent National Electoral Commission (INEC) issued a  report that indicted the FSARS commander in the state, but instead of addressing the issues,  the erring officer was rewarded and promoted.

“The primary responsibility of every government is to make sure that life and property are being protected. When that is lost, then there is nothing like governance again.

“But it appears there is leadership pandemic like you said. If truly leadership is serious, if we don’t politicise the issue of security, we won’t have been where we are today. God has made it possible for us to be part of one country,  that means where you come from should not be a factor in order to move this country forward.”

Earlier, the Chairman of the Northern Elders Forum, Prof Ango Abdullahi said though they had received complaints from their kith and kin of what happened during the EndSARS protest, they decided to visit the South to ascertain the facts.

He explained that based on the forum’s interaction with Northerners living in Rivers state, they seem fairly comfortable and satisfied residing in the State. According to him, the kind of empathy, sympathy and care that Governor Wike has shown as a leader, was worthy of emulation.

“There is no doubt in my mind that this perhaps can be explained by history. The greatest history in terms of political relationship between the people of the North and the Southern part of the country can always been found deeply rooted here in the Niger Delta area.”

“We, like on behalf, not only on behalf of Northern Elders Forum, but on behalf of Northern community world over, we thank you very sincerely for what we have heard and indeed what I have seen in terms of what you have been able to do to help ameliorate some of the challenges and difficulties faced by our brothers living here.”

Abdullahi, said if the harmonious coexistence between Rivers people and Northerners living in the State could be replicated all over the country, then, the country will be a peaceable place for all.

“You have a leadership role to play in terms of what the country requires. If you put your heads together, this country will not only survive but it will also thrive. Your excellency from the discussion we have had with our brothers and sisters who live here, and they are almost more yours than ours, is that there is a lot of hope in this country. What is missing is whereas we are having virus pandemic, we are also having leadership pandemic and something has to be done about it.”