Ritualists nabbed with human heads, other parts in Osun 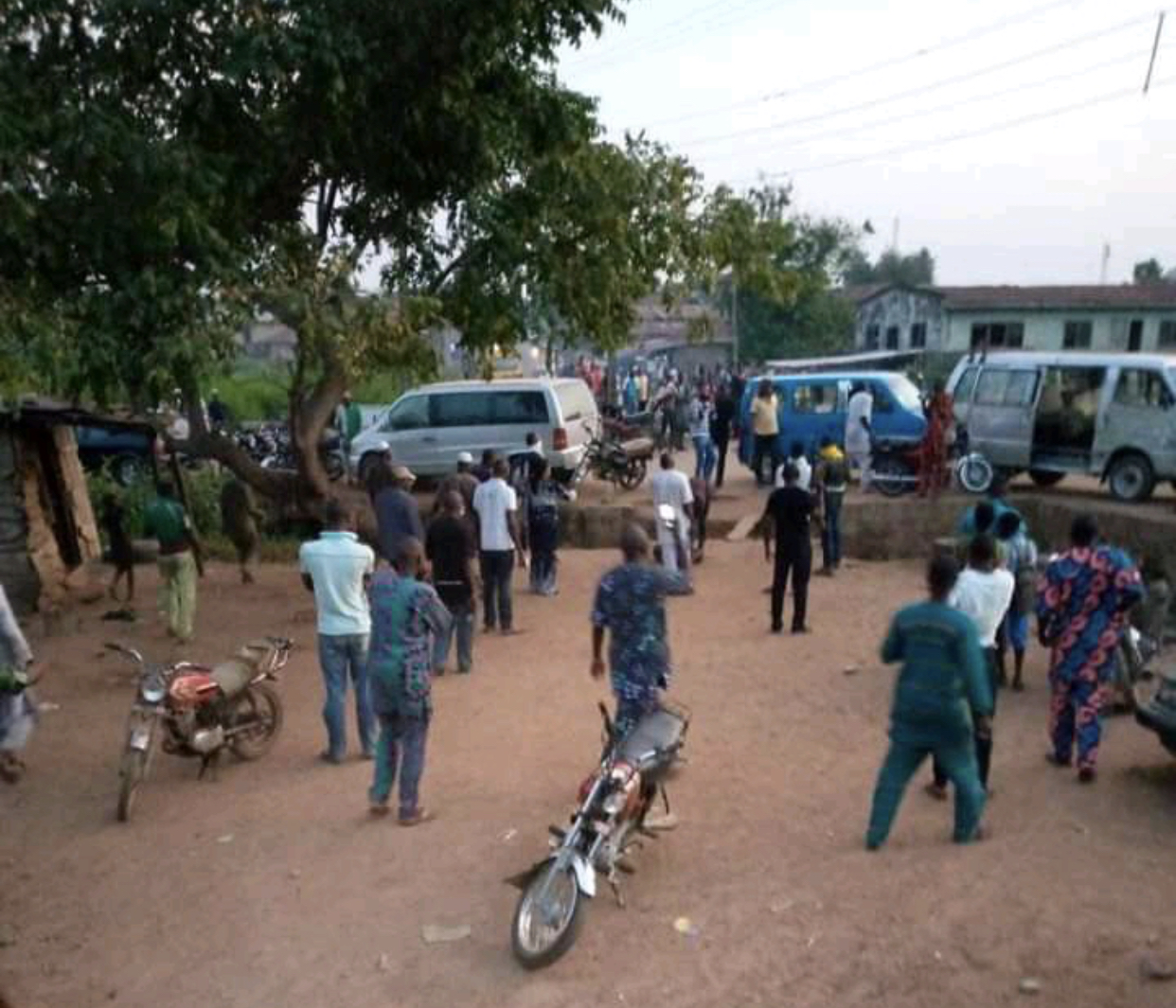 The compound where the suspects were arrested

A suspected ritualist identified Alamu also known Hawau and his accomplice on Monday were arrested with 48 human heads and other body parts at Yemoja compound, Iwo, Osun State.

The suspect who is also a vulcanizer also led the police to a near by river where he dumped three headless corpses.

PM News gathered that the suspects were bursted after they sold a phone belonging to their recent’s victim called Mutiat, who went missing about two weeks ago.

The phone was tracked to the suspects and they were arrested at their den with multiple heads and human parts.

Angry mob have also burnt down the house of the suspect in the area.

The state Police Public Relations Officer, PPRO, DSP. Opalola Yemisi cannot be teacher at the time of filing this report.

He was arrested after one victim identified as Mutiyat, a married woman with kids went missing and was found dead in his house on Monday. After police took him away, the house was set on fire by angry mob in the area.
Cc; @Ogbeni__Skrtel @YemieFASH @iam_doctormayor @BhadmusAkeem pic.twitter.com/lJ8qvSRBU9