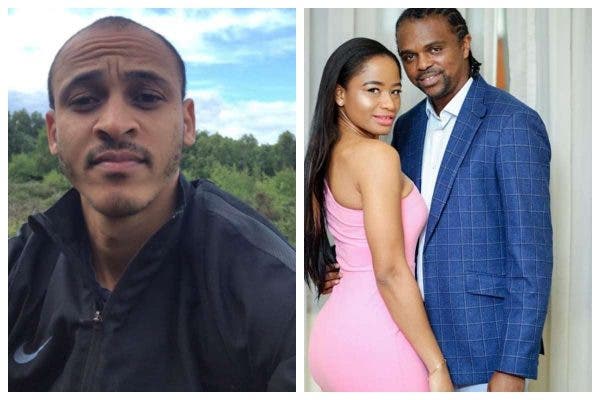 Osaze and Kanu’s family made talking points last week after the former West Brom striker accused Amara of trailing him with messages, which he claims is wrong according to his culture.

Osaze has now returned to Instagram, where he stirred the confusion, to apologize for his actions, which he claimed was out of anger.

According to him, he was misunderstood and the media blew things out of proportion.

Sharing a picture of himself and Kanu, Osaze wrote,

“Picture two shows where my relationship with my Big bro @kingkanu4 was just a few months ago. I was misunderstood, acted out of anger, or reading too much into the greetings.

I am on same page with God’s people who think the type of liberty they talking about is not good for the world. We can do things innocently and wear clothes with signs and symbols we don’t understand but indirectly representing them.

PRESS BROUGHT A DIFFERENT NARRATIVE INTO THE MATTER BUT MAYBE DOWN TO LACK OF CLARITY OF WHAT UPSET ME.

MET @amarakanu once at Watford stadium during the charity match for Kanu heart foundation and she seemed to be a lovely and humble person.

APOLOGIES AGAIN FOR ANY OFFENCE. HAD NOTHING TO DO with THE KANU FAMILY BUT RATHER THE INFLUENCE OF AMERICAN CULTURE ON OUR YOUTHS ( and possibly even some of our politicians who will go to any lengths to live the American dream Mark 8:36).

Don’t know if such thing exists as too curious about life but if it does and it’s an offence then I plead guilty . MAY THE LORD GRANT US WISDOM #amen James 1

New International Version
1 James, a servant of God and of the Lord Jesus Christ, To the twelve tribes scattered among the nations:

2 Consider it pure joy, my brothers and sisters, whenever you face trials of many kinds,

3 because you know that the testing of your faith produces perseverance.

4 Let perseverance finish its work so that you may be mature and complete, not lacking anything.

5 If any of you lacks wisdom, you should ask God, who gives generously to all without finding fault, and it will be given to you.

6 But when you ask, you must believe and not doubt, because the one who doubts is like a wave of the sea, blown and tossed by the wind.

7 That person should not expect to receive anything from the Lord.

8 Such a person is double-minded and unstable in all they do. #nigeria #love #respect #forgiveness #jesusislord Philippians 4:8″