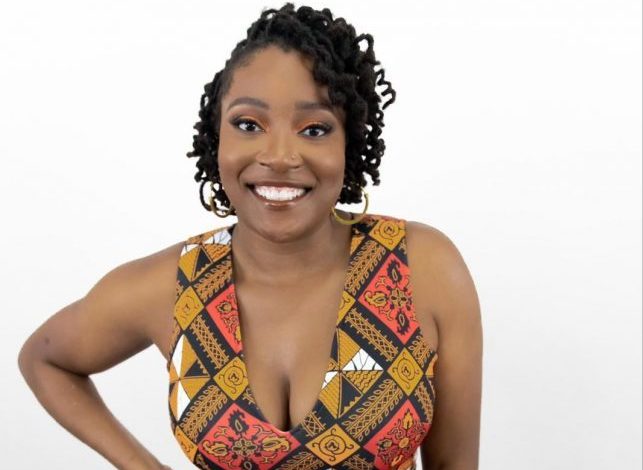 Bolaji Adeola Ajike, a Nigerian based in the United States of America and Founder of AfroGanix LLC, a platform with a passion for service and a passion for the economic success of the African Diaspora has explained the reasons she launched her GoddessTalk brands.

After she established AfroGanix in 2016 to promote Black-owned business she felt there was more to do. She said that led to the birth of GoddessTalk show in June 2019 to expose the world to Black businesses, activists, and difference makers causing economic seismic shifts across the globe.

To further those efforts, in July 2020 she launched the GoddessTalk App, the Diaspora’s premiere marketplace app. And ultimately on December 4th 2020 GoddessTalk Network was born.

In a recent interview she enumerated the essence of each brand.

According to her, GoddessTalk Show, “is to expose the world to Black businesses, activists, and difference makers causing economic seismic shifts across the globe. All I do is have a conversation with people. We never know people’s backstory & how it can be an inspiration to motivate us to action. I’m an action oriented person. People want to talk all day & do nothing.

“I don’t have time to waste on words. I think it, I write out a plan of action, execute that plan, & manifest. I show people there’s more to life than just sports & entertainment to “make it”. You have people with candle companies killing the game. People with lucrative doula companies, amazing products that I meet every single day. I get inspired by just listening to their story.

“I empathize, I show them love, I tell everyone about them, I pay for their products & services myself because of my belief in their brand. It’s a beautiful experience to support our own. I show the human side of the “hustle & grind”. I ask them to share their backstory of who they are outside of just the entrepreneur, activist, etc.”

Concerning the GoddessTalk App, she said, “GoddessTalk App allows you to shop, talk and experience all things Black excellence locally and globally! Customers can purchase products and services, order food, make reservations, book appointments, and so much more directly through Goddess Talk. Find businesses by name, location, country, numerous categories, hashtags, and other filters. Get ready to experience Our Sacred Space, the social networking area within the Goddess Talk app where users commune, engage, are seen, and heard by others in real time.

“I noticed that the world was shifting and I had to pivot as well. The Tech Space is under utilized by us to distribute true valuable information. So I worked with my mentor AKAnundrum who owns her own app development company & we dropped the app in July. It blew up.

“I revamped my brand, joined forces with the best production team, KreativeKoncepts & here we are with not just a show but a whole Network on ROKU. We will be on Amazon soon & I’ve been speaking to others about us moving into the cable world. I plan on bringing my people along in every space I find myself that can help move us forward. It really does take a team, you investing in you, your idea, business, missions, visions, etc.”

Bolaji Adeola Ajike is an entrepreneur born in Lagos, Nigeria and raised in Surulere, Lagos until her family moved to the United States in 1995. She grew up in Willingboro, NJ (Boro). She’s the oldest of children.

She holds a B.A. in Communications Studies and and Masters in Public Administration from Mount St. Mary’s University, Enmitsburg, Maryland and Capella University, Minneapolis, Minnesota.

Bolaji Adeola Ajike, migrated to the United States of America at the age of 7 with her parents.