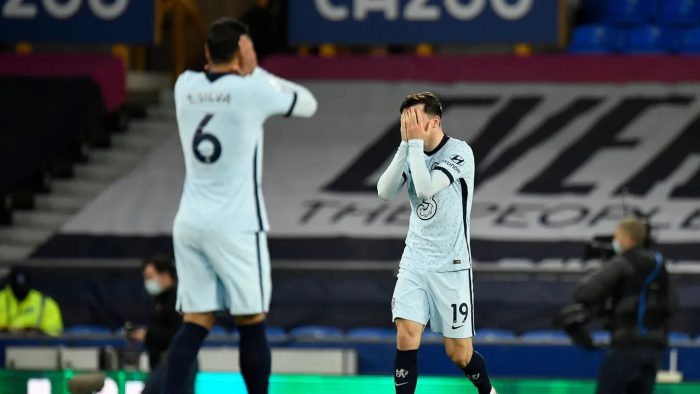 Chelsea have had their run for the league summit stalled by Everton, after they slumped to a shocking 1-0 defeat at Goodison Park.

The Toffees in the 22nd minute won a penalty after goalkeeper Edouard Mendy pushed Calvert-Lewin in the box.

Gylfi Sigurdsson buried the penalty to the right corner as Mendy dived to the left.

The blues following their defeat today could slide down to number 4 on the log if Leicester win their tie against Brighton on Sunday.

Chelsea’s head coach, Frank Lampard in his reaction said the team were not at their best today.

Tottenham, Liverpool who both have a game at hand would be looking to capitalize on Chelsea loss to increase their lead top of the table.