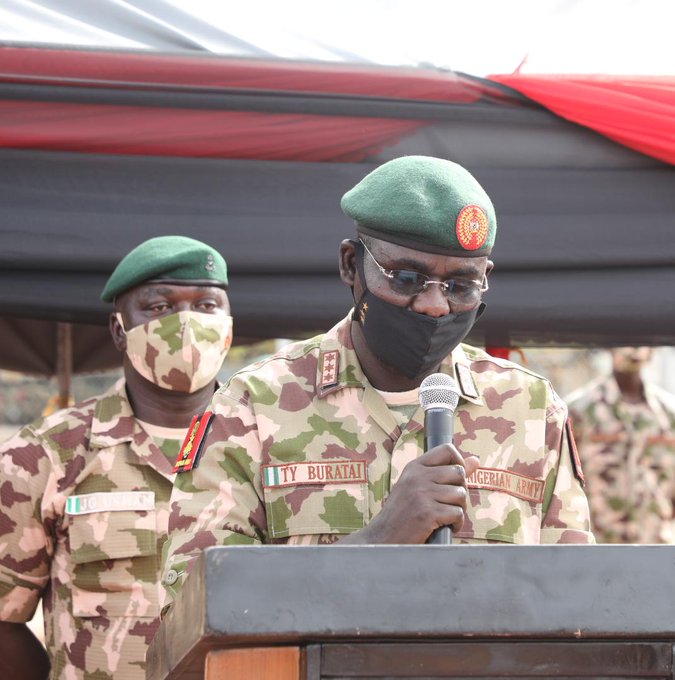 Late Major-General General Olubunmi Irefin, who died last week of COVID-19 complications has turned out to be a super-spreader of the virus.

Reports said many senior officers ordered to go into quarantine have tested positive as well.

According to Channels TV, quoting unofficial military sources, no fewer than 18 generals have tested positive.

They were among the senior officers who had contact with Irefin, when he came to Abuja last week for the Chief of Army Staff Conference, and fell ill.

Military authorities are yet to confirm this, but the results are for officers who came from army formations outside Abuja to attend the conference.

The results for officers based in Abuja and the army headquarters have not been released.

Out of abundance of caution, Chief of army staff, Lt. General Tukur Buratai last week cancelled the remaining session of the conference.

He also went into quarantine as he disinvited the officers, who he had invited to his son’s wedding last Friday.

From all indications, Nigeria is now in the middle of a second wave of CoVID-19, with rising infections, especially in Abuja, Lagos and Kaduna.

Irefin, until his death was the GOC of 6 Battalion based in Port Harcourt.