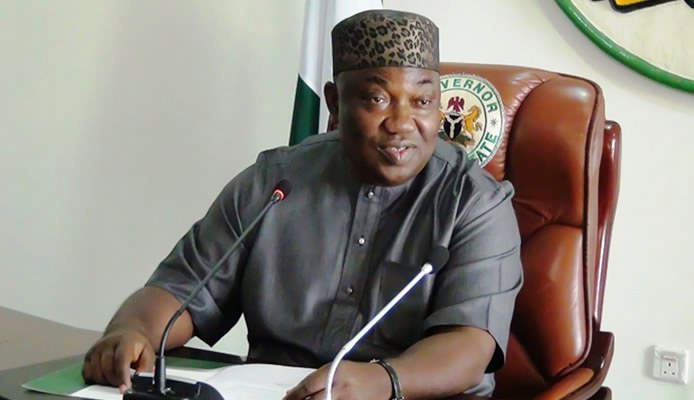 This was announced by the Commissioner for Science and Technology, Mr Obi Kama, in a statement released in Enugu on Sunday.

Kama said that all-important projects, initiated by Gov. Ifeanyi Ugwuanyi to bring technology-driven innovations down to the grassroots for digital economy, have reached advanced stage.

Kama also said the target of Gov. Ugwuanyi’s administration is to turn Enugu into a Technology tourism state within the next three years.

”This will be done by bringing in the best Technology solutions and innovations with a view to increasing the state Gross Domestic Product (GDP) by at least 15 per cent,” he said.

The Commissioner said that the hub will also create over 1,500 small-scale technical businesses in the region; employing over 10,000 youth within a short time.

He further disclosed that the services that will be rendered at the Technology Hub centres are computer training programmes, solar skills acquisition training, computer coding and website designs.

Others are graphic designs, confectionaries and hands-on technical skills training, among others, for the benefit of the people of Enugu State, especially the youth.

The commissioner stated that the centres will be equipped with computer sets, solar power source, 100 KVA Generator, internet access, training tools and consumables.

He explained that the facilities, to be installed at the centres, will be state-of-the-art equipment in line with Gov. Ugwuanyi’s vision for ICT and technical skills acquisition for employment generation and wealth creation.

Kama said that Enugu State has been rated the highest academic hub in Southern Nigeria over the years.

He said that the state hosts over 10 indigenous Universities, Polytechnic and Colleges of Education which turned out first class and second class graduates in the areas of Mathematics, Sciences and Engineering Technology, among others.

The Commissioner said that some of the graduates have gone abroad for sophisticated skills acquisition, adding that the Enugu State Technology Hub intends to drive technology innovation down home.

”It is designed to discourage our youth from travelling to Lagos and countries like India and China to acquire technical skills. Those skills you travel abroad to acquire, will be at your doorsteps,” he said.

According to him, the hub will not only groom them, it will also provide a ‘Technological Cluster for Tech Start Ups’ for those who want to own businesses but may not have enough capital to rent offices and start up.

”It will create enabling atmosphere for them to start businesses with ease,” he said.

Kama said that the targeted candidates for the programmes are graduates of Universities and Polytechnic, who would want to make a career in professional ICT and technology-related disciplines.

He said that non-graduates with some technical skills, entrepreneurs and prospective farmers and artisans will also be accommodated.

Kama said that the project will serve as an interface between Technology giants in Microsoft and Enugu Tech Start ups.