Ghana election: NDC releases evidence Akufo-Addo should not have been winner 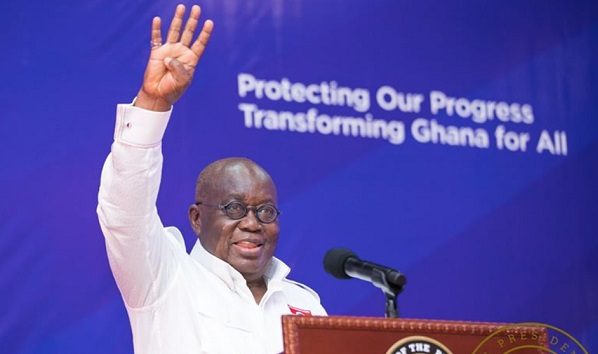 The opposition National Democratic Congress (NDC) in Ghana has pressed on with its charge that the result of the 7 December election was flawed and that President Nana Akufo-Addo should not have been declared the winner.

According to an NDC statistician, the election ought to have gone into a run-off because the President did not meet the constitutional requirement of winning 50 per cent of the vote.

Leading the charge for the NDC to prove the election was stolen is Dr Justice Moses Ahetor, a statistician, who used three different results produced by the Election Commission to discredit the declaration.

Ahetor, according to a report by Ghanaweb.com argued that using the EC’s own figures, corrections and statement of declaration on the polls should have gone into a run-off.

The Electoral Commission had declared President Akufo-Addo as the winner without the results from Techiman South Constituency.

She said the result will not have any effect on the general outcome.

But Dr. Ahetor refuted the claims by the EC saying, if the votes of over 124,000 were added as the EC stated, it will give the incumbent not more than 49% and the opposition leader not more than 46%.

This he stressed would have sent the polls into a run-off because none of the candidates would have gained the required percentage to be declared a winner.

He went on to explain that per the statement issued by the EC admitting the errors, the votes of Nana Addo was increased by 174+ votes whereas candidate Mahama had his reduced by 1000+ votes.