PSG lose at home to Lyon, drop to 3rd from top spot 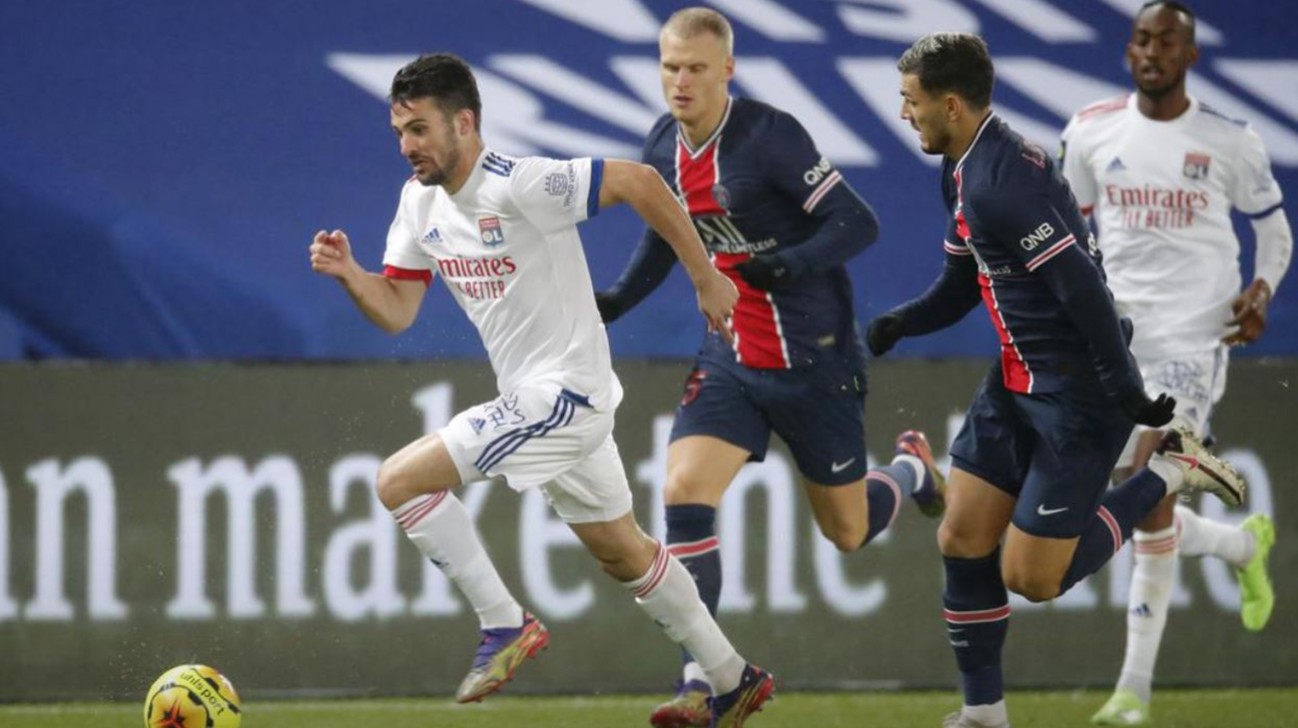 PSG lose at home to Lyon

A lacklustre Paris St Germain dropped to third place in the French Ligue 1 after Tino Kadewere earned visitors Olympique Lyonnais a 1-0 victory at the Parc des Princes on Sunday.

The French champions, whose forward, Neymar, sustained a possible ankle injury in stoppage time, were never in the mix as they surrendered top spot to Lille, who grabbed a 2-1 win at home against Girondins de Bordeaux earlier.

Lille have 29 points from 14 games, leading second-placed Lyon on goal difference with PSG on 28 points after their fourth defeat of the season.

Olympique de Marseille are fourth on 27 points with two games in hand, in a tight top five separated by three points.

Following their 5-1 win in the Champions League against Istanbul Basaksehir, PSG struggled early on and had only two chances through Alessandro Florenzi.

Kadewere put the visitors in front 10 minutes before the interval with a low, angled shot after being set up by Karl Toko-Ekambi.

The Zimbabwean is now the third Lyon player with five goals or more in Ligue 1 along with Memphis Depay and Toko-Ekambi.

It had little effect, however, as Lyon continued to threaten and PSG keeper Keylor Navas, who was forced to stretch to parry away a powerful half-volley from Lucas Paqueta.

PSG stepped up a gear in the finale but Lyon were well organised and held on for a deserved win, their fifth in a row.

Neymar was carried off the pitch on a stretcher seven minutes into stoppage time with a possible ankle injury following a poor tackle from Thiago Mendes, who was sent off.

Earlier, Jonathan Bamba and Jose Fonte both found the back of the net before the break for Lille, who offered few chances to their opponents in yet another solid performance.

Toma Basic scored for Bordeaux, who had picked up seven points from their previous three outings and dropped to 11th place on 19 points.

Bamba put the hosts ahead after 16 minutes with a delightful curled shot that went into the far post.

Basic, however, levelled on the half-hour mark by latching on to Hatem Ben Arfa’s corner.

Benoit Costil kept Bordeaux afloat with a fine save to deny Jonathan David but he could not deny Fonte, who restored Lille’s advantage, on the stroke of halftime.

Christophe Galtier’s side kept pushing after the break, but Burak Yilmaz and David both missed clear chances.

Lille, however, stayed solid at the back and held on to a routine victory.