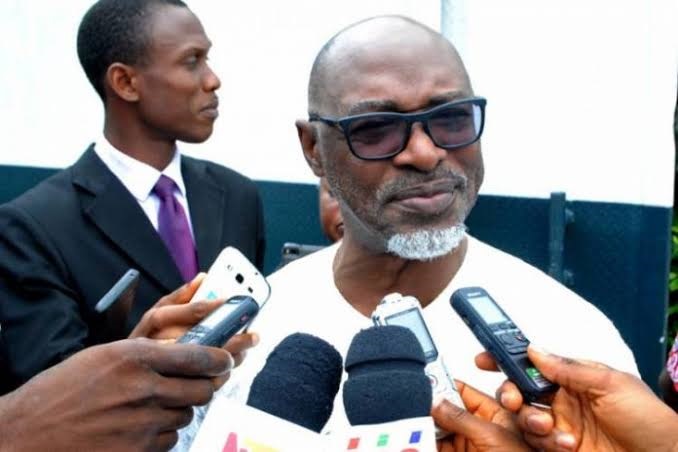 By Jethro Ibileke/Benin
Members of the Edo state chapter of the All Progressives Congress (APC), loyal to Governor Godwin Obaseki, on Wednesday announced their resignation from the party and formally join the ruling Peoples Democratic Party (PDP).
Recall the the party was divided into two factions in the twilight of Obaseki’s first term, with Anslem Ojezua leading the faction loyal to the Governor, while Col. David Imuse (rtd), leading the faction loyal to former national chairman of party, Comrade Adams Oshiomhole.
The Ojezua faction continued to lay claim to leadership of Edo APC, even after Obaseki defected to PDP and was re-elected on the platform of his new party for second term of office.
But, following the dissolution of all state chapters of APC by the party’s National Caretaker Committee, the Imose faction of the party was recognized and appointed into the state’s caretaker committee now in charge of administering the party.
During their defection on Wednesday, Obaseki’s loyalists, who were led by Ojezua,  cited loss of confidence in the national leadership of APC and disobedience to the party’s constitution as their reasons for dumping the party.
Ojezua who further announced their intention to join the ruling PDP in the state said the resolution was reached at an enlarged meeting of the State Executive Council (SEC) of APC Committee members and the chairmen of all the local government area chapters and all leaders of the party in the state.
The resolution which was signed by 22 executive members of the of the party, led by Mr. Ojezua and chairmen of the party across the 18 LGAs, said over 150, 000 their members and supporters have concluded plans to defect with them.
“Having reviewed the said activities, particularly the romance between the National Caretaker Committee and leaders of a parallel group called the Edo Peoples Movement (EPM), who have been parading themselves as members of the All Progressives Congress in the state, in spite of their suspension from the party.
“It is hereby further resolved that “all our members should join other leaders and members who have earlier relocated to the Peoples Democratic Party (PDP), with His Excellency Mr. Godwin Nogheghase Obaseki and his Deputy, Rt. Hon. Philip Shahibu.
“Consequently, we encourage our teeming members and leaders at all levels of the party numbering over one hundred and fifty thousand (150,000) to also renounce their membership of the All Progressives Congress”, the resolution said.
Tags:   Edo APC   Governor Godwin Obaseki