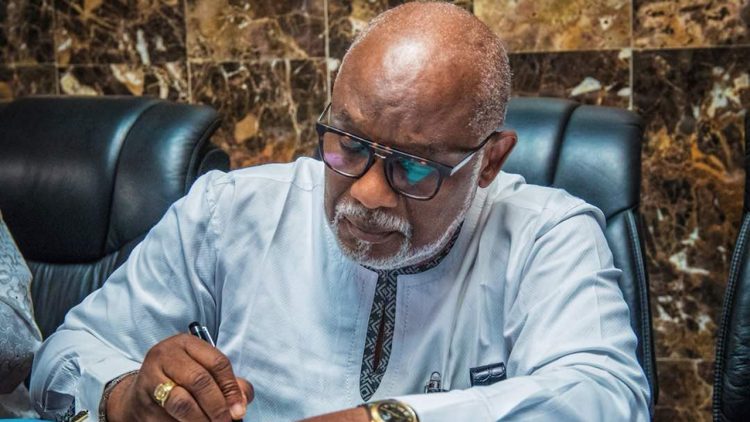 The Federal High Court, Abuja, on has dismissed a suit challenging the validity of the All Progressives Congress (APC)’s governorship primary election which produced Ondo State Governor, Rotimi Akeredolu, as its candidate for the October 10 poll.

Justice Okon Abang, in his judgement, aligned with the defendants that the suit was status bar, therefore, the court lacked jurisdiction to hear the matter.

The News Agency of Nigeria (NAN) reports that Akeredolu had won the governorship election, securing a total number of 292, 830 votes to beat other contestants in the race.

But one of the aspirants in the primary poll, Dr. Nath Adojutelegan, had, on Aug. 3, approached the court, seeking an order to nullify the election of Akeredolu and to direct a fresh election in the state on the ground that he was not validly elected as APC candidate.

According to him, the APC did not  hold a valid governorship primary election on July 17 and 20.

The first, second and third defendants in the suit are the APC, Akeredolu and the Independent National Electoral Commission (INEC) respectively.

Justice Abang held that the suit was filed out of time.

“This suit is hereby dismissed for want of jurisdiction,” he said.

Abang also ordered the plaintiff to pay the APC and Akeredolu N50,000 naira each.