Zahra Buhari to Indimi: I'd do it all over again 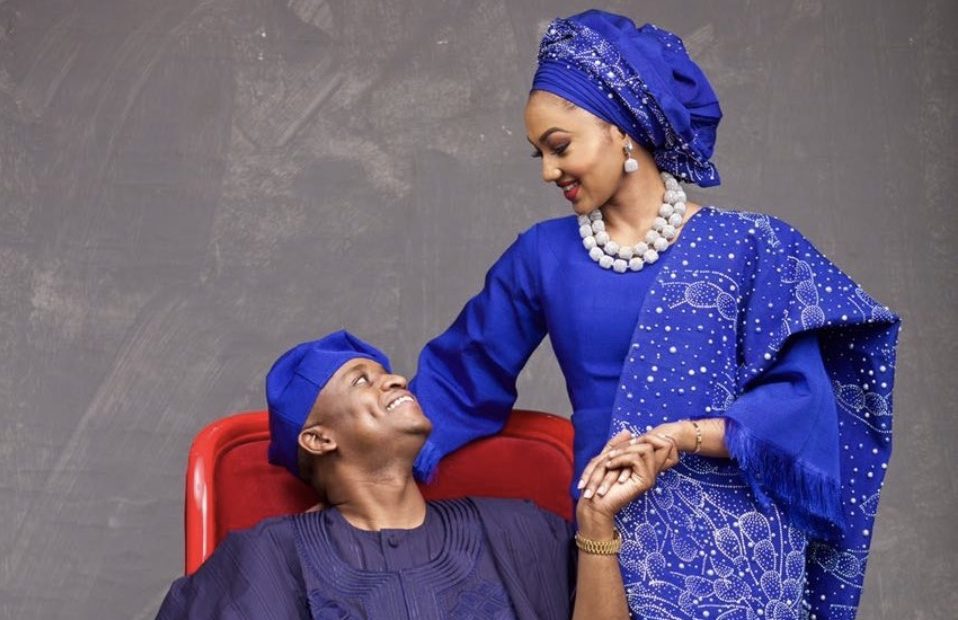 Zahra Buhari to Ahmed Indimi: I'll do again and again

Zahra Buhari has renewed her love vow to her husband, Ahmed Indimi, at the 4th anniversary of their wedding today.

She even said it in French for emphasis, writing: ‘je t’aime’.

“Happy 4th Anniversary @ahmed.indimi ❤️❤️❤️❤️ life couldn’t have possibly been the same without you.

“Ya Allah make all spouses the coolness of each other’s eyes. Ameen ya Wadud.
Je t’aime 😘 #zahmed2016”.

Her husband decided to be reticent about the blossoming love affair.

All he posted on Instagram, was a video of the wedding, with Zahra and he in a procession. And he referenced it to Zahra’s page..

December is always an event-filled month for the couple.

Zahra was born 18 December and Indimi too. Indimi’s father-in-law, President Buhari was also born this month.

Then they had their wedding also in December.

Zahra remarked about this when she celebrated Indimi’s birthday, six days ago, professing undying love for her man.

“I just want you to know you’ve been a source of knowledge and wisdom.
Your new age never looked better on anyone, I know I’m being biased but what better instance to be biased? Lol,”, she wrote.

“December brings so much Joy to our family because many birthdays and anniversaries are celebrated and most importantly it’s the Friday of the year. Though My favourite celebrations are your birthday and our anniversary (for obvious reasons)”.

He is the son of Mohammed Indimi, the billionaire oil tycoon from Borno state.

The marriage was blessed with a baby boy in July 2019.