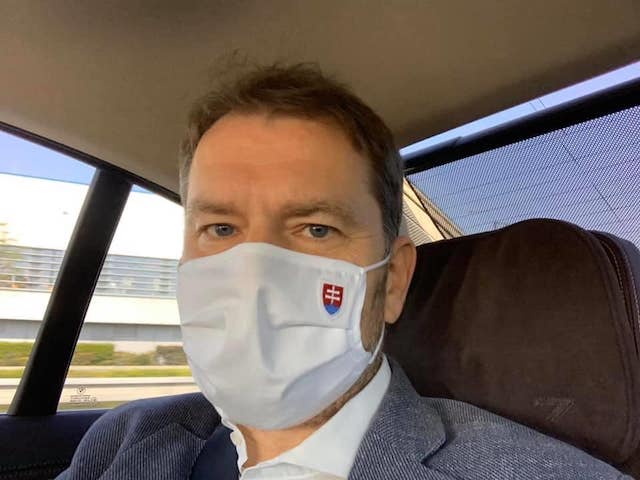 He is the second EU leader who was at Brussels summit last week to test positive, after French President Emmanuel Macron.

A short press release by Matovic’s office said: “the prime minister has canceled all work programs”

Speaker of the country’s parliament Boris Kollar, who had a meeting with Matovic on Thursday, will also go into quarantine for five days, according to Kollar’s spokesperson

‘Today, I am one of you,’ he wrote, attaching a screenshot of a text message with his test results.

‘For nine months I have been battling people who measure the pandemic just by the number of closed bars and incite people against measures and the government,’ he said.

‘Now it seems it will be a different holiday.’