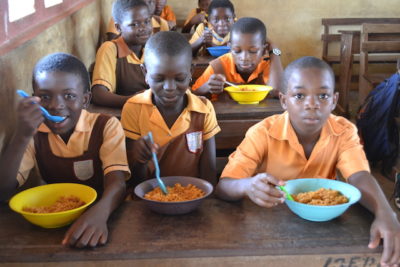 Mrs Mary Yuwadi, State Focal Person of the National Social Investment Programme (NSIP), disclosed this during an interview on Tuesday.

Yuwadi said the programme had assisted tremendously in the massive enrollment of Pupils into government schools across the state.

“In the National Home Grown School Feeding Programme, over 1,200 government primary schools across Adamawa State are benefiting from the programme.

“Following the full implementation of the programme also, government primary schools have witnessed massive pupils enrollment by almost 70 per cent.

“The programme has seriously boosted the morale of primary school pupils and their parents in the state,” Yuwadi said.

On the Conditional Cash Transfer programme, the focal person said that about 17,988 persons registered in the state.

She said that the beneficiaries, who were mostly the poor and vulnerable households, were being given a stipend of N5,000 each monthly.

Also commenting on the Federal Government’s Entrepreneurship Empowerment Programme (GEEP), Yuwadi noted that about 38,827 men and Women in Adamawa benefited from the soft loan.

“In the N–Power programme so far, 11,324 youths in the state have benefited.

“The programmes were designed to reduce poverty at the grassroots level, fill the wide gap of inequity between the rich and the poor in the country.”

According to the focal person, the programmes in the state, which are also part of President Muhammadu Buhari’s promises during his electioneering campaign, have recorded tremendous success since implementation in 2016.