Lawal was never instrumental to my getting into police force – Ajasa 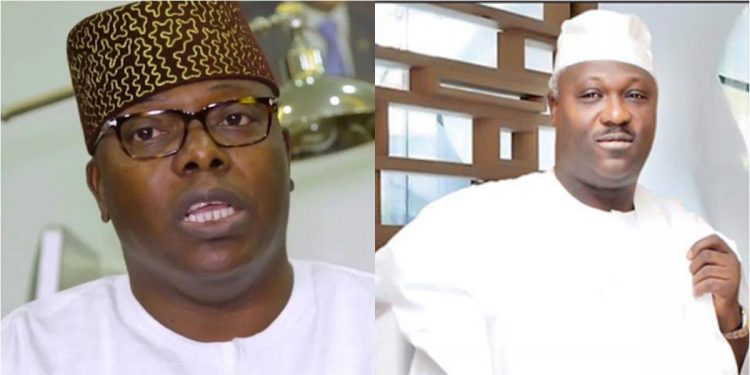 Prince Hakeem Ajasa, one of the contenders to for the now occupied throne of Oniru of Iruland, has rubbished claims that Oba Gbolahan Lawal was instrumental to his getting into the police force.

According to him, sheer providence and magnanimity of a few good men helped him into the police force.

He said Lawal had been spreading false news for reasons best known to him that he assisted him into the Police Force and had been instrumental to his career.

“I would like to emphatically say that it is totally false and ridiculous. My police career started with a brief discussion with an acquaintance, Late Waheed Aigoro, a fantastic human being, when we met in Isale-Eko in 1997, May his blessed soul rest in peace.

He explained that towards the end of 1999, he wrote an official letter to the then Inspector General of Police, Alhaji Musiliu Smith, about his interest to build a career in the Police Force.

Ajasa said in 2000, the response dispatched to him via mail from the Force Headquarters by an Inspector, informed him that the recruitment exercises were conducted biennially, advising that he checked the dailies regularly for the next exercise.

According to him, in his persistent nature, he wrote a reminder, and that this time, he was also replied via mail from the Force Headquarters Annex, Kam-Salem House.

“I can remember the day I got the response; I was serving at Union Bank when the same Inspector who dispatched the mail insisted on delivering the letter to me personally. My mother sent for me, and I had to hurriedly leave the Banking hall,” he explained.

He said the mail informed him to liaise with the PPRO Lagos Command, DSP Opara, saying that before meeting Opara, he met with Alayeluwa, the Late Oba Adeyinka Oyekan II, whom he had always enjoyed a robust and cordial relationship with, saying that with his support, he helped several young people to secure admission into higher institutions.

“To my astonishment, Kabiyesi suggested sending someone with his Staff of Office to Opara’s office,” he said.

Ajasa also mentioned the important role Oba Rilwan Akiolu played as a father figure, monitoring his results while he was studying at the Lagos State University.

He said he had informed Akiolu’s daughter, Princess Biola Akiolu, and confided in her about his interest, and that she decided to call the attention of her dad, who was an Assistant Inspector General of Police, at that time.

Ajasa stated that Akiolu asked him why he wanted to join the police despite hid 2:1 in political science and also asked him why he hadn’t chosen to work in a multinational corporation like Mobil or Shell in Iru-land.

According to him, “I made him know Oba Adeyinka Oyekan had also given his recommendation. It should be noted that Oba Akiolu sent me a form through Biola Akiolu and the same was submitted to the then Commissioner of Police, Lagos Command, Mike Okiro as directed by Oba Akiolu.

“After submitting the form to Okiro, he mentioned the three stages of the interview which includes, the Command interview headed by the commissioner of police, zonal interview conducted by AIG, and the IGP’s interview.

“Shortly after the zonal interview headed by the then AIG, Sunday Ehindero, Oba Akiolu who was also an Assistant Inspector General of Police at that time drove into Zone 2 in his 504-official car, simply to check up on Faruk Raheem and I, to get feedback about the interview exercise. That was how I met Faruk Raheem and we have been fantastic colleagues and best of friends ever since.

“Eventually, I was shortlisted among other Lagosians and was advised to report to the Police Academy on or before 15th of August 2002. Kabiyesi Oba Alayeluwa Rilwan Akiolu demanded to meet with me before going to the academy at his Berkley Penthouse residence in Obalende where we spent ample time together and shared his experiences with me.”

Ajasa said he could remember clearly how he advised to be disciplined and that it must reflect in his chase for wealth, while also warning him to be careful of a place called Wudil, not far from the Police Academy, a popular beehive for prostitutes.