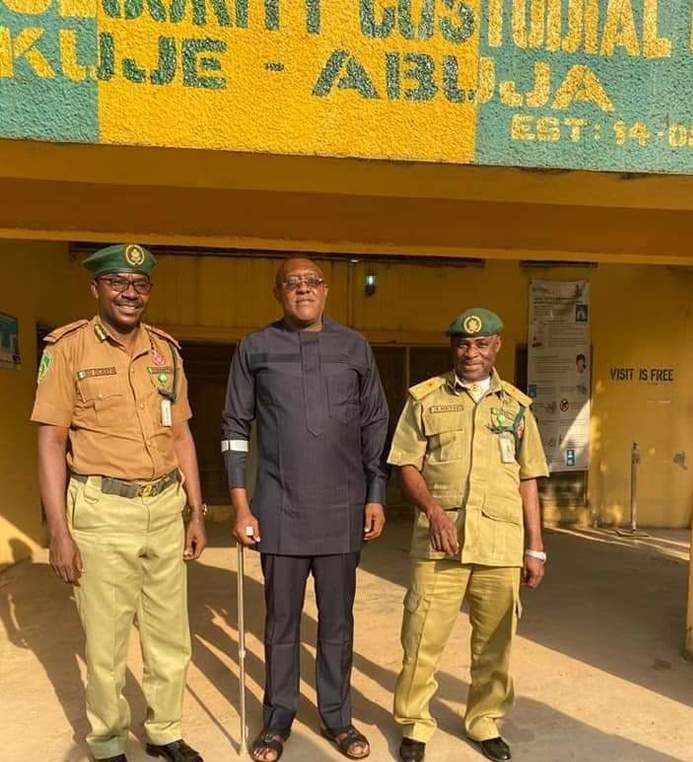 He was freed following the order of the Appeal Court which quashed the seven years jail term handed over him by a Federal High Court in Abuja because of bias from the judge.

The Federal High Court in Abuja had on 20 February, 2020 sentenced Metuh, to seven years in prison over N400 million money laundering.

He was convicted by Justice Okon Abang on all seven counts filed against him the Economic and Financial Crimes Commission, EFCC.

But Justice Stephen Adah, who led a three-man Appeal Court panel nullified Metuh’s sentence on grounds that Justice Abang was bias in delivering judgement against him and his company, Destra investment.

However, Metuh left Kuje Prison today with smiles on his face. 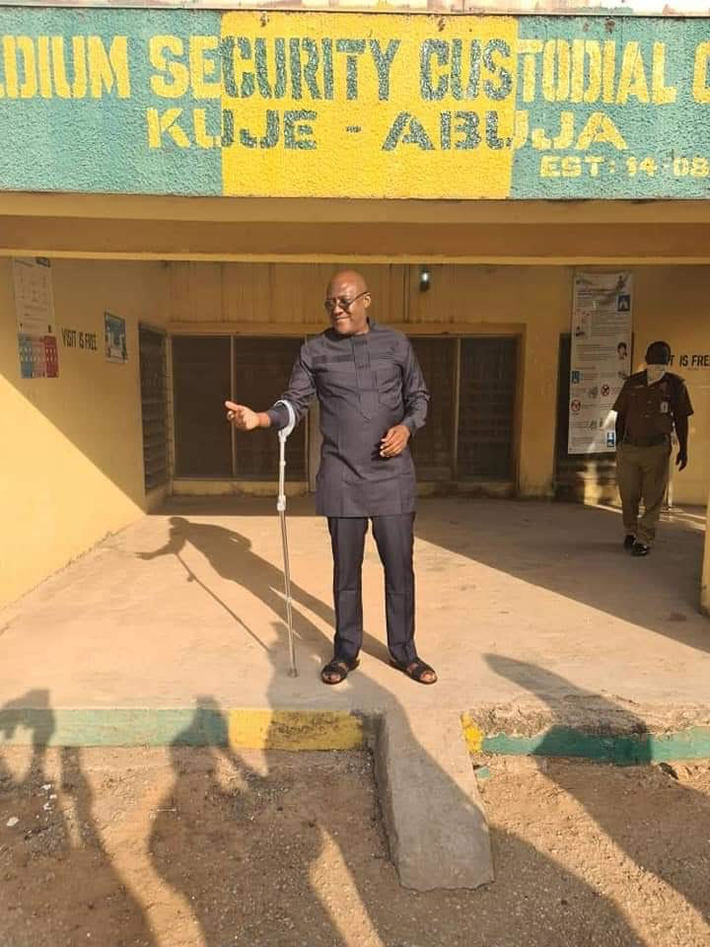 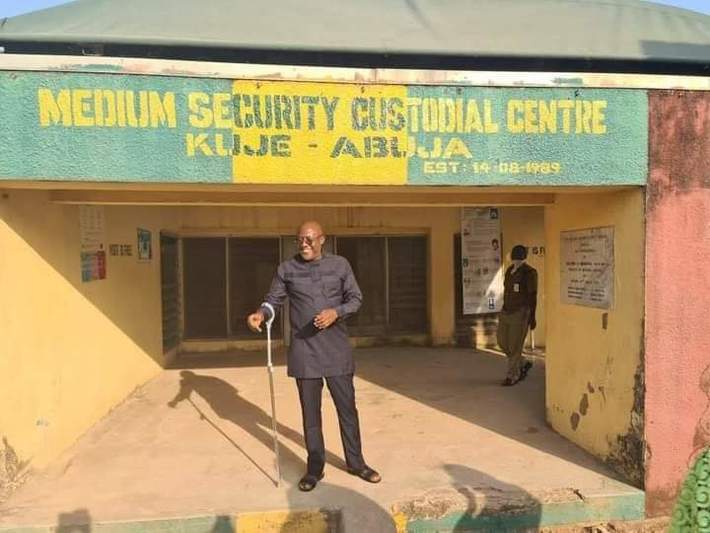