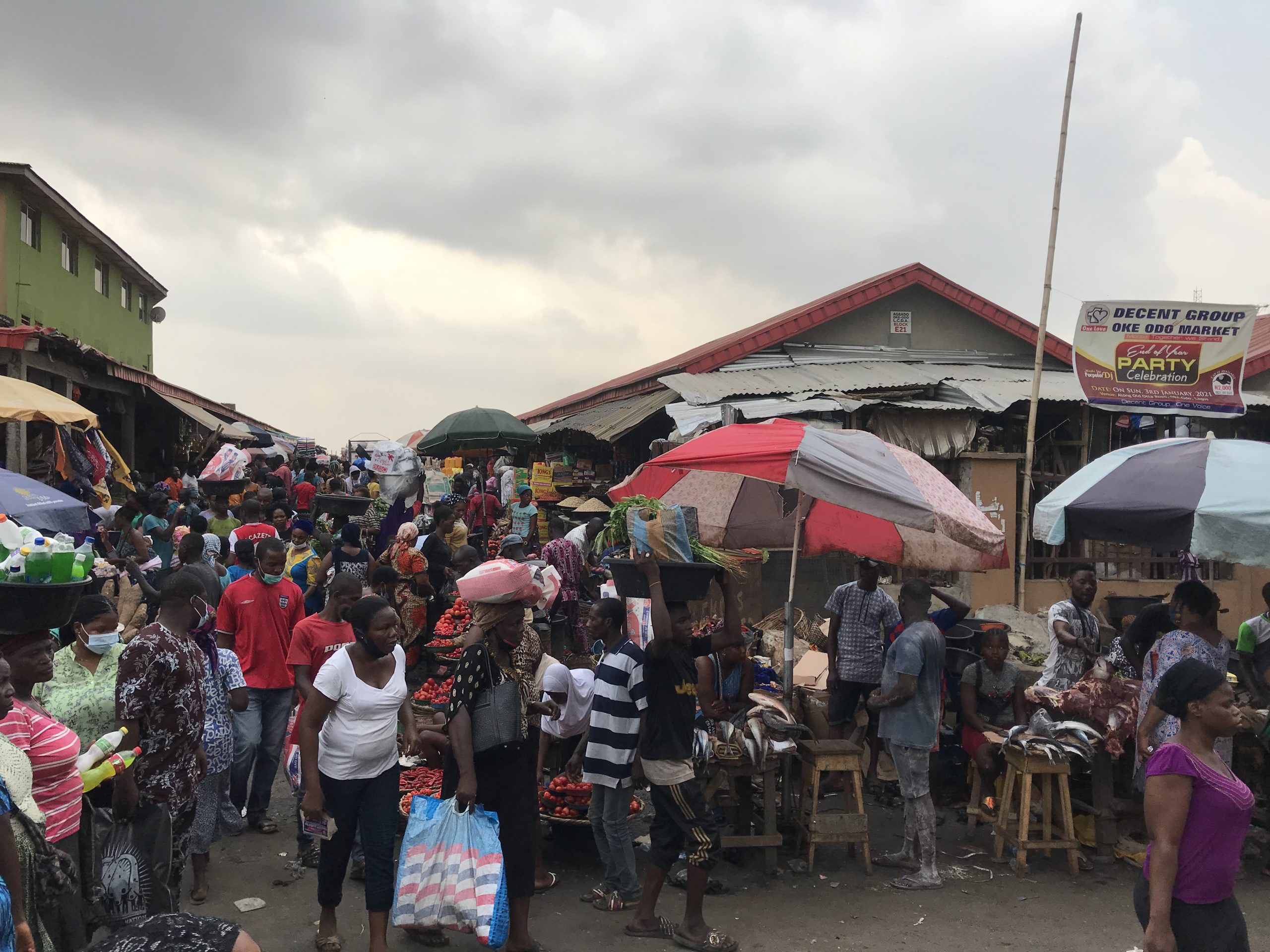 Residents of Agbado-Oke-Odo in Lagos State, are groaning over increased food prices in the market as they prepare for Christmas.

A PM Correspondent who was at Ile-Epo market monitored the strained bargaining between vendors and buyers.

Despite the increased prices, the market was filled to capacity, as traders violated COVID-19 protocols.

However, due to the reopening of the Seme border, the price of a bag of rice has been relatively reduced. A bag which usually sold for N24,000 now sells for N21,000.

When asked if the Yuletide season affected prices, Mr. Nurudeen Adamu, a trader responded, saying that there is no fixed price for perishables. He said it didn’t matter whether there were festivities or not.

Mrs. Margaret Oyedun who was at the market to buy foodstuffs complained that vendors at Ile-Epo sell at costlier prices than those at Iyana-Iba market.