'You are calling for coup': Buhari's minister replies Bishop Kukah 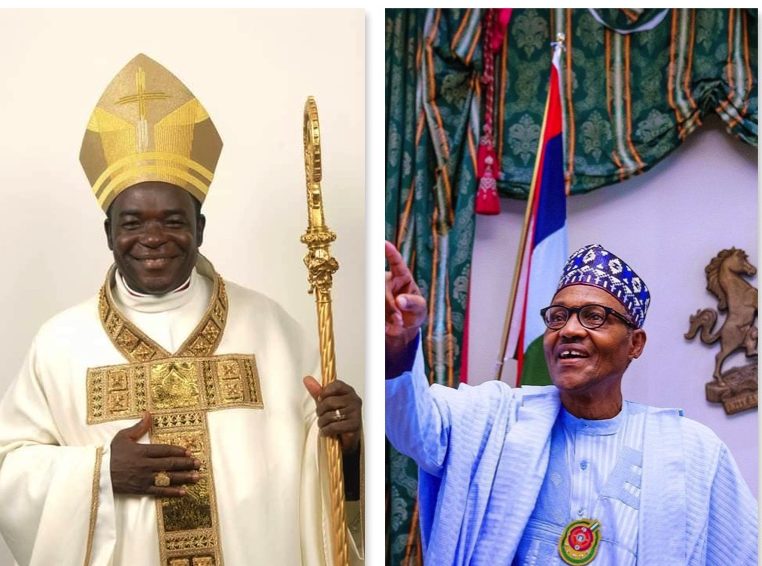 The Federal Government has issued an apparent response to the Christmas message of Most Rev. Matthew Hassan Kukah, Bishop Sokoto Diocese, accusing him of calling for a coup.

In a statement issued in Lagos, Minister of Information and Culture Alhaji Lai Mohammed urged religious leaders to refrain from stoking the embers of hatred and disunity.

Mohammed warned that resorting to scorched-earth rhetoric at this time could trigger unintended consequences.

”While religious leaders have a responsibility to speak truth to power, such truth must not come wrapped in anger, hatred, disunity and religious disharmony,” Mohammed said.

Kukah on Friday turned his Christmas message into a state of the nation address, in which he slammed President Buhari for implementing policies of nepotism and northern hegemony.

He slammed the government for the insecurity in the country and said Buhari’s parochial policies have only worsened the insecurity situation, especially in northern Nigeria.

“Every honest Nigerian knows that there is no way any non-Northern Muslim President could have done a fraction of what President Buhari has done by his nepotism and gotten away with it.

Kukah said most people are now wailing about the parlous situation in the country, considering the poor economy and the wave of kidnapping, banditry and terrorism.

“What have we done to the gods”, he asked rhetorically as he submitted that the country is now almost rudderless under Muhammadu Buhari’s watch.

Everybody is now wailing over the sad situation, the outspoken and respected bishop said.

Mohammed did not address the major issues raised by Kukah in his response on Saturday.

Mohammed only raised sentiments about religious leaders not turning the pulpit, into making critical statements at Christmas.

The minister said it is particularly graceless and impious for any religious leader to use the period of Christmas, which is a season of peace, to stoke the embers of hatred, sectarian strife and national disunity.

”Calling for a violent overthrow of a democratically-elected government, no matter how disguised such a call is, and casting a particular religion as violent is not what any religious leader should engage in, and certainly not in a season of peace,” Alhaji Mohammed said.

He said instigating regime change outside the ballot box is not only unconstitutional but also an open call to anarchy.

He said while some religious leaders, being human, may not be able to disguise their national leadership preference, they should refrain from stigmatizing the leader they have never supported anyway, using well-worn and disproved allegations of nepotism or whatever.

The Minister said whatever challenges Nigeria may be going through at this moment can only be tackled when all leaders and indeed all Nigerians come together, not when some people arrogantly engage in name-calling and finger-pointing.