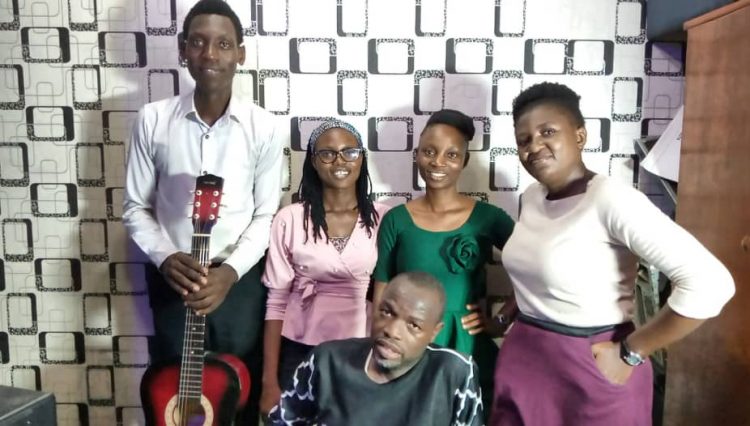 Paul Dada and his team

A gospel music team led by a journalist, Paul Dada, has released two singles, “Get it right” and  “Everywhere.”

According to Dada who wrote, arranged and was the lead voice in both singles, the songs had messages appropriate for the current times.

“We live in a troubled world. The world is currently plagued by COVID-19 which has claimed the lives of millions.

“Aside from this, each region in the world has its peculiar problems. Africa is bedevilled by poverty, insecurity and bad governance; the west by loss of moral values; the middle east by ceaseless conflicts and unrest and the far east by draconian leadership and human rights violations; the Caribbean by drugs and violence and South America by economic crisis.

“Amid all these, men and and women are seeking for genuine satisfaction. The pursuit and grab of power and wealth have never brought lasting peace to anyone.  The song  ‘Get it  right’ submits that Jesus is the only one guarantee for the soul’s satisfaction. Having Jesus in one’s life does not  put an end to all life’s troubles. But it gives peace that is beyond human understanding, ” said Dada who is also the Editor of An24.net.

Dada said the other single, “Everywhere” makes a case for the omnipresence of God.

“Atheists say there is no God. Agnostics prevaricate, they aren’t sure of His existence. The Gnostics think it was a false God who created the universe.

“Sadly, religious people who believe in the existence of God have a warped a view of who He is. Some think He is one distant deity who cannot have a personal relationship with men. Other religious folks seem to think He moves best in dedicated camps and buildings.

“But look around you, His presence is everywhere. He fills the heaven and the earth. And if you are a believer in Christ, He is your heart,” he said.

The songs can be accessed via these links.