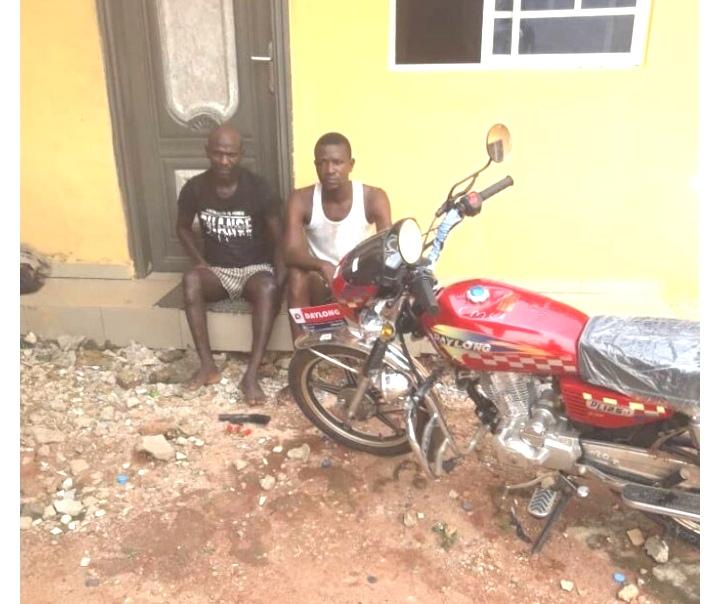 The robbery suspects after their arrest in Benin

Two suspects who attempted to rob a Point of Sale (POS) operator were on Monday outsmarted by a woman.

They lost their gun and were apprehended by the police.

The suspects, Andrew Adubu and Destiny Olu, went to the POS shop, located at the entrance of the IDP Camp, in Uhogwa, Ovia north-east local government area of Edo state.

But as soon as the female operator inserted their ATM card into the POS terminal, the hoodlums brought out a locally-made pistol and ordered her to give them the cash and her mobile phones.

However, the brave woman played a fast one, as she knocked the threatening gun out of the hand of the wielder.

The gun fell off his hand.

The woman then raised an alarm which attracted security agents stationed inside the IDP camp, who responded swiftly and arrested the suspects.

Upon interrogation, the suspects confessed that they were trying to raise money to take care for theor family needs during the Christmas and New Year celebrations.

Items recovered from them include one locally-made pistol, three cartridges and an unregistered motorcycle.