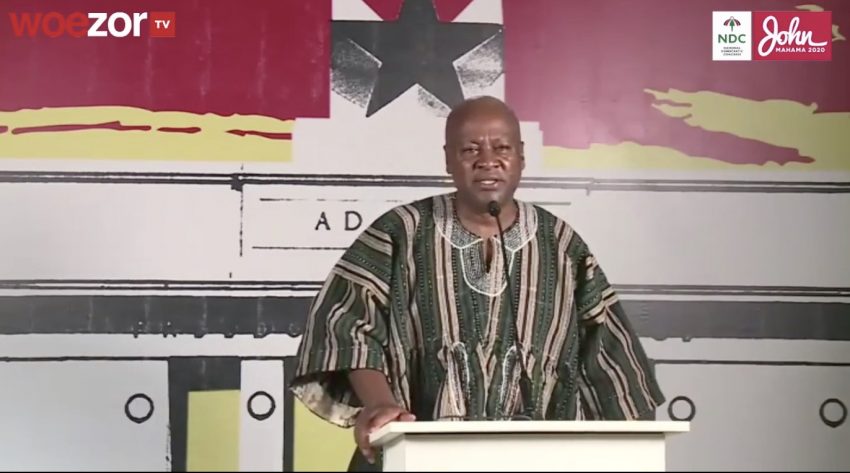 Former Ghanaian President John Dramani Mahama spoke Wednesday night on why he dragged President Nana Akufo-Addo to the court over his re-election.

Mahama, who was presidential candidate of the opposition National Democratic Congress Candidate, said the main reason is that he wants to remove any doubt that Akufo-Addo truly won.

“I want the removal of doubt”, he said in the 11 minute broadcast, streamed on Facebook.

He said he is exercising the same right that Akufo-Addo exercise, when he challenged his victory in the 2012 presidential election.

Akufo-Addo, he said, was in court for eight months.

Mahama said the declaration of Akufo-Addo as the winner of the 7 December election was not done in accordance with the Ghanaian constitution.

According to the result of the poll declared by the Electoral Commission chairman, Jean Mensa, Akufo-Addo won 6,594,875 votes, representing
51.48 percent of the votes cast.

Mahama is contending that several versions of the results were announced to give Akufo-Addo over 50 percent of the votes, whereas in actuality, he scored less than 50 percent.

A rerun of the election ought to have followed, to decide the winner.

Mahama claims that Jean Mensa’s refusal to act within the confines of the constitution has forced him to seek redress at the Supreme Court.

On Wednesday, Mahama’s lawyers filed before the Court, his petition challenging the results.

The Petition details serious violations of the 1992 Constitution by the Electoral Commission.

It seeks among others, a declaration that the purported declaration of the results of the 2020 Presidential Election on the 9th day of December 2020 is unconstitutional, null and void and of no effect whatsoever.