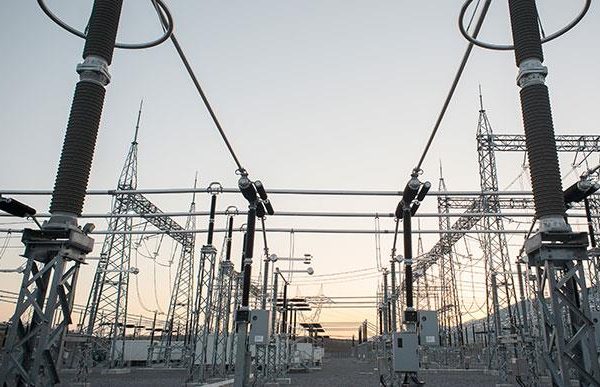 The power sector is a critical aspect of the economy, and getting it right will help transform Nigeria into an industrialised country.

The year 2020 marked seven years since the privatisation of the Nigeria Electricity Supply Industry, but many Nigerians believe its impact can be better.

Power generation still hovers around 5,000MW while transmission and distribution to end users are constantly being plagued by disruptions caused by obsolete equipment and vandalism of power infrastructure.

In spite of these challenges and the COVID-19 pandemic, however, the sector still recorded some significant achievements in 2020, which could serve as a launching pad to making electricity available for the majority of Nigerians in the coming years.

In February, the Federal Government signed a deal with German electricity giant, Siemens Group, to find a lasting solution to Nigeria’s energy crisis.

The deal, signed under the Presidential Power Initiative (PPI), is not to only enhance the distribution network, but also increase generation capacity to the tune of 40,000MW.

It is expected to save the nation $1 billion annually, with Siemens providing general technical training for employees of Electricity Distribution Companies, Transmission Company of Nigeria and the regulators.

The Federal Government also approved the sum of N8.64 billion as part of counterpart funding for the Phase 1 of the PPI, which includes projects in transmission, distribution, metering, simulation and training.

According to Mr Saleh Mamman, Minister of Power, this significant, timely and high-level intervention between President Muhammadu Buhari and Chancellor Angela Merkel addresses critical infrastructure deficits in the value chain and helps reposition the power sector to become more attractive, viable and investable.

“The contract, as signed, will enhance not only the distribution networks but also increase generation capacity to the tune of 40,000MW.

“Another beautiful thing about the contractual agreement is the elimination of middlemen and subcontractors which characterised past government efforts and led to humongous fraud.

He insists the Buhari-led administration will largely be remembered for the success or failure of the deal.

Predecessors of the present administration, according to him, spent millions on the power sector with nothing or little results.

The increment caused a great furore, and following talks between the government and labour leaders, its implementation was suspended on Sept. 28 for a period of three weeks.

However, on Nov. 1, after an agreement was reached by the parties and slight adjustments made by the DisCos, the implementation of the revised SRT took effect.

Mr Dafe Akpeneye, Commissioner, Legal Licensing and Compliance, NERC, says the Multi Year Tariff Order (MYTO) 2020 was approved by NERC for the DisCos after dialogue with all stakeholders in the industry.

He explains that the last MYTO was done in 2015 but became effective in 2016, adding that the new review was done to ensure that rates charged by DisCos are fair to customers.

Akpeneye says it is also to ensure that DisCos operate efficiently to recover the full cost of their activities, including a reasonable return on the capital invested in the business.

According to the commissioner, the rationale behind the SRT is to ensure that the issue of blank increment in tariffs for all customers is removed.

“The SRT is an innovation to remove unfairness in billing customers. The customers have been placed in Bands A, B, C, D and E depending on their hours of electricity supply.

“Only customers enjoying daily supply of 12 hours of electricity and above are affected by the increment and the DisCos must guarantee these hours of supply to the locations,” he says.

The programme is also to support Nigeria’s economic recovery by creating jobs in the local meter value chain, reduction of collection losses and increasing financial flows to achieve 100 per cent market remittance obligations of the DisCos.

It will further improve network monitoring capability and availability of data for market administration and investment decision making.

“For the first phase of the programme, which will run till the end of the year, Ikeja Electric is rolling out over 106,000 prepaid meters to customers across its six Business Units – Ikeja, Abule-Egba, Akowonjo, Oshodi, Ikorodu and Shomolu,” Mrs Folake Soetan, Acting Chief Executive Officer of the company says.

According to her, beneficiaries of this programme, which will cut across all locations in IE network, will not be required to pay upfront for the installation of meters.

“The mass metering programme is a welcome development and a boost to the deepening of the Nigeria Electricity Supply Industry (NESI).

“The programme couldn’t have come at a better time than now given the impact of the COVID-19 pandemic on businesses and household income.

“We are happy for the initiative and acknowledge the government’s renewed desire to improve the power supply and bridge the metering gap.

“Electricity, as we all know, is an important essential need of any society and we all have acknowledge the menace of the estimated billing both on the customers and even us as a business.

“It is my belief that with this mass metering initiative we can begin to say we are on a path to better days ahead,” Fadeyibi says.

Mr Uche Ike, Executive Director, The Energy Forum, believes that investments and policies made in 2020 will begin to yield the desired results in power supply and distribution in the near future.

“Hopefully, we will begin to see the benefits of the Siemens deal in the second or third quarter of 2021, but Nigeria must continue to pay its counterpart funding for the project,” he says.

He says the regulatory agency should ensure the DisCos are not shortchanging customers, especially with the way they go about the implementation of the SRT.