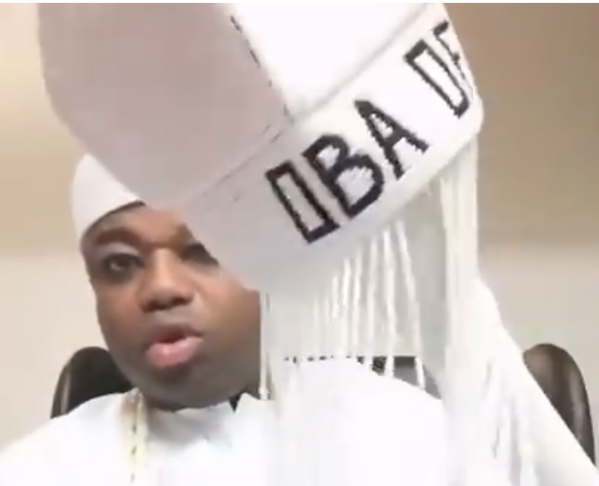 Abisoye with the Staff of the Oba of Lagos

A Prince of Lagos, Abisoye Oshodi, said to based in London, claimed he has in his possession the authentic staff of office of Oba Rilwan Akiolu, stolen during a sack of the palace by hoodlums in late October.

Abisoye in a viral video on Facebook on Saturday posted by Yoruba-Brazilian Descendants Renascimento Association, said the staff of office brought to the palace on 1 January by Oba Akiolu was fake.

He therefore slammed the king for being an impostor.

Abisoye appeared to be in touch with the people who took the original staff, who, he claimed sent it to him.

In the video, he shows the staff and declared that ‘this is the real one’.

He said Oba Akiolu should vacate office, on account of this.

Abisoye mocked Oba Rilwan over his statement that whoever stole the staff would die in 41 days.

He said the 41 days has elapsed.

The video however has generated heated controversy, with many commenters saying Akiolu should inform Interpol of the theft and get Abisoye arrested.