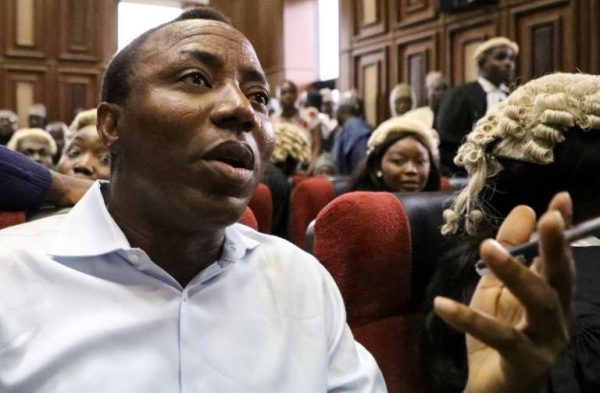 Sowore to appear in Court.

According to her, Sowore’s gathering alongside others caused tension among residents of Gudu and Lokogoma areas of the FCT.

ASP Mariam said this in an interview with the Nigerian Tribune as she confirmed the arrest of the activist alongside four others.

ASP Mariam said that the arrest was made in a swift response to a distress call received from a resident in the area around 00:30 am on Friday, January 1, 2021.

The police spokesperson explained that a discreet investigation into the matter has been ordered by the Commissioner of Police, CP Bala Ciroma.

She assured that the suspects would be arraigned before a court of competent jurisdiction.