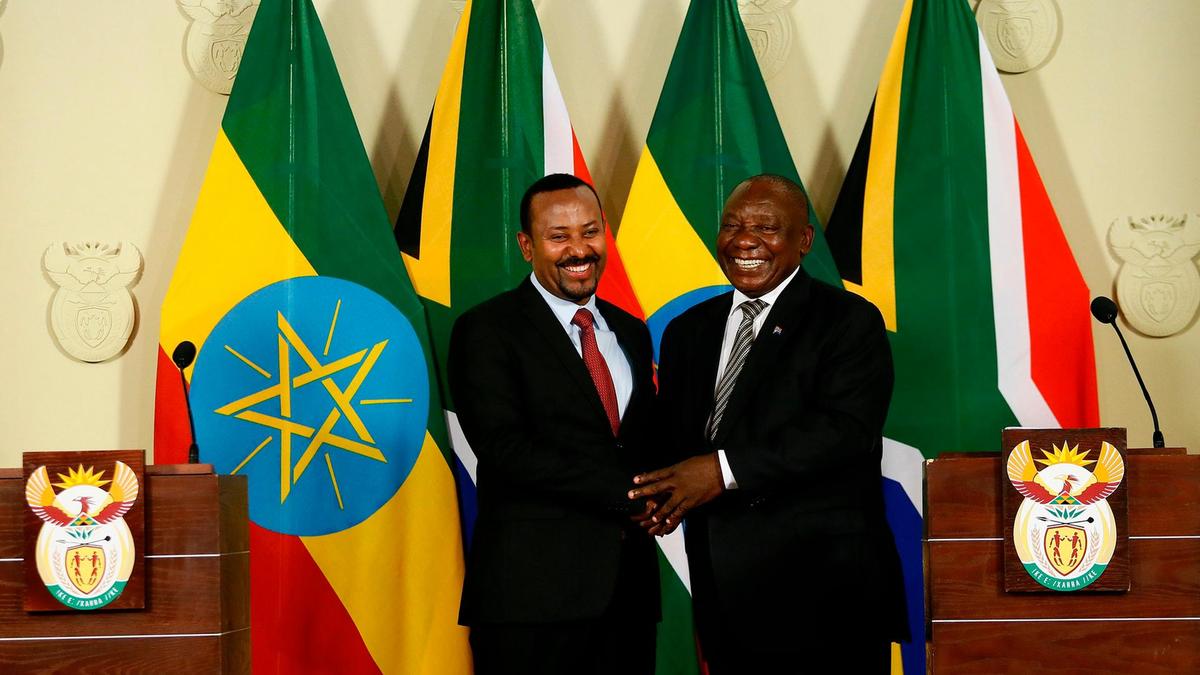 Abiy tweeted: “Congratulations to our continent for the beginning of trading under AfCTA. The new frontier for Africa is indeed regional integration, where minds are open to ideas and markets are to trade. Trade defuses the most fraught relations and integrated markets generate prosperity.”

Congratulations to our continent for the beginning of trading under #AfCTA. The new frontier for #Africa is indeed regional integration, where minds are open to ideas & markets are open to trade. Trade defuses the most fraught relations & integrated markets generate prosperity.

South African President Ramaphosa said: “I wish to congratulate AU member states and state parties to the African Continental Free Trade Area on the historic commencement of trading. The vision of founders of the OAU has come to fruition. The dreams of an economically integrated Africa have finally been realized.”

The African Continental Free Trade Area will fundamentally change the economic fortunes of our continent. I call on the entrepreneurs of our nation to seize the abundant opportunities that this historic development will present to explore new markets and build new partnerships. pic.twitter.com/OXX9yM4ePl

He stated that the AfCFTA will fundamentally change the economic fortunes of the continent.

Continental trading under the AfCFTA started on 1 January 2021 and this is a historic milestone for Africa to start commercial business within the continent.

Under AfCFTA trading, tariffs on various commodities where rules of origin have been agreed will be drastically reduced and traders of all sizes will have access to a much bigger market than they used to before.

The Agreement establishing the AfCFTA was signed in March 2018 in Kigali Rwanda, following conclusion of the main legal texts.

The AU’s 54 Member States have signed, and 30 countries have deposited their instruments of ratification of the pact with the Chairperson of the African Union Commission in Addis Ababa.

The main objectives of the AfCFTA are to create a single market for goods and services, facilitate the movement of persons, promote industrial development and sustainable and inclusive socioeconomic growth, and resolve the issue of multiple membership, in accordance with agenda 2063.

It also lays a foundation for the establishment, in future, of a Continental Common Market.

Ramaphosa, in his capacity as outgoing Chairperson of the AU, on Friday addressed a virtual ceremony to mark the official launch of the African free trade area.

He said said the governments of all Member States must promote the inclusion of women and the youth within the African Continental Free Trade Area.

“I appeal to all Member States to spare no effort in creating conducive environments for our youth and women to benefit in the opportunities presented by the AfCFTA. Indeed, the focus of our trade agreement should be directed to a larger extent on development and sustaining small and medium enterprises and not only on well established big companies.”

President Ramaphosa called on African countries to prioritise silencing the guns, saying the AfCFTA will not succeed amid conflict.

Meanwhile, the South African Trade and Indesidentustry Department has urged the country’s manufacturers and farmers to gear up for new export opportunities.

The Department said South Africa has put in place the legal and administrative processes for preferential trade under the AfCFTA.

The AfCFTA aims to bring together 1.3 billion people in a $3.4 trillion economic bloc Africa a new opportunity to develop its own value chains. According to the World Bank, it could lift millions of African people out of poverty by 2035.