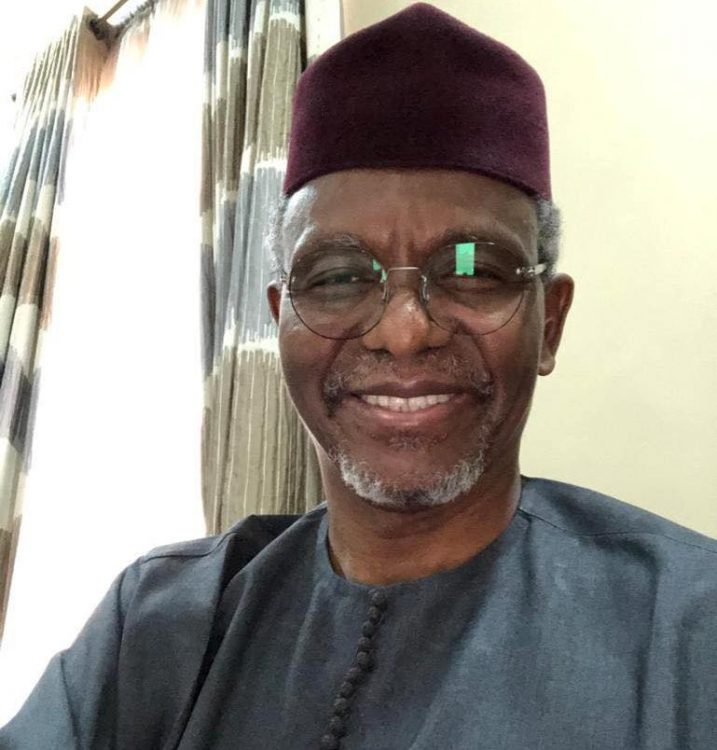 Otunba Segun Runsewe, Director-General, National Council for Arts and Culture (NCAC), has commended Gov. Nasir El-Rufai of Kaduna State for ordering the demolition of a house slated as venue for a sex party in Kaduna state.

Runsewe who gave the commendation in a statement on Sunday said organising such sex party was a total disrespect for the Nigerian culture.

The News Agency of Nigeria reports that the house, located in Sabon Tasha, on the outskirts of Kaduna metropolis, was demolished on Dec. 31, 2020 by the Kaduna State Urban Planning Development Agency.

Runsewe said that Gov. El-Rufai deserved kudos for prompt response to the disgusting sex party by promptly demolishing the building as a warning to others who could be planning such immorality.

“But for this intervention by the governor, Kaduna State possibly would become the new capital and destination for sex tourism in Nigeria.

“This will lead to social disconnect and dislocations with drug peddling in tow and our children destroyed in the process.

“In 1992, Senegal and Uganda, experienced massive influx of sex tourists and immediately took hard measures to curb it because if left unchecked, sex tourism will damage the spiritual, moral and cultural values of any society.

“And there is no sentiments about dealing with it as Gov. El-Rufai has done,’’ he stated.

In 2020, NCAC had a serious battle with cross dresser influencers and social deviants, nailing the spread of defiant influences to the walls.

Runsewe said NCAC would be doing more in 2021 to ensure that Nigerian cultures remained respected and upheld.

He stated that there was the need for parents to monitor their children closely and nip untoward attitudes and activities in the bud.

“Certainly, Gov. El-Rufai has vindicated our position on the need to stop and arrest the unfortunate presence and foreign behavioural influence threatening our cultures and traditions.

“Am sure with the pulling down of the house planned for the sex party, sufficient signals have been sent to other deviants, their sponsors and publics.

“The law of this country must be applied to the fullest to stop this rage from the pit of darkness,’’ he added.

Runsewe called on other governors to support the full restoration and enthronement of Nigerian cultural values to rid the nation of strange characters and lifestyles.

“This is how Boko Haram and “Yahoo-Yahoo’’ started and before we knew it, our society and young persons were left to drink from the polluted waters of social vices leaving us to struggle on all fronts.

“So let those who are angry at the response of Gov. El-Rufai go to check out various campaigns mounted against sex tourism by the United Nations World Tourism Organisation and the Universal Federation of Travel Agencies,’’ he stated.

Runsewe who is also President, Africa Region of World Craft Council, stated also that NCAC would be reviewing and reviving the campaign to promote true Nigerian cultural values.

He said this would be targeted at youths and the older generation to rid Nigeria of devil’s plan to destroy young persons and their future wellbeing.

“Our culture no doubt is under threat from all sides, but with what Gov. El Rufai has done in Kaduna State, I am convinced that we shall battle the demons of immoral living and enemies of our cultures and traditions to a standstill,’’ he added.