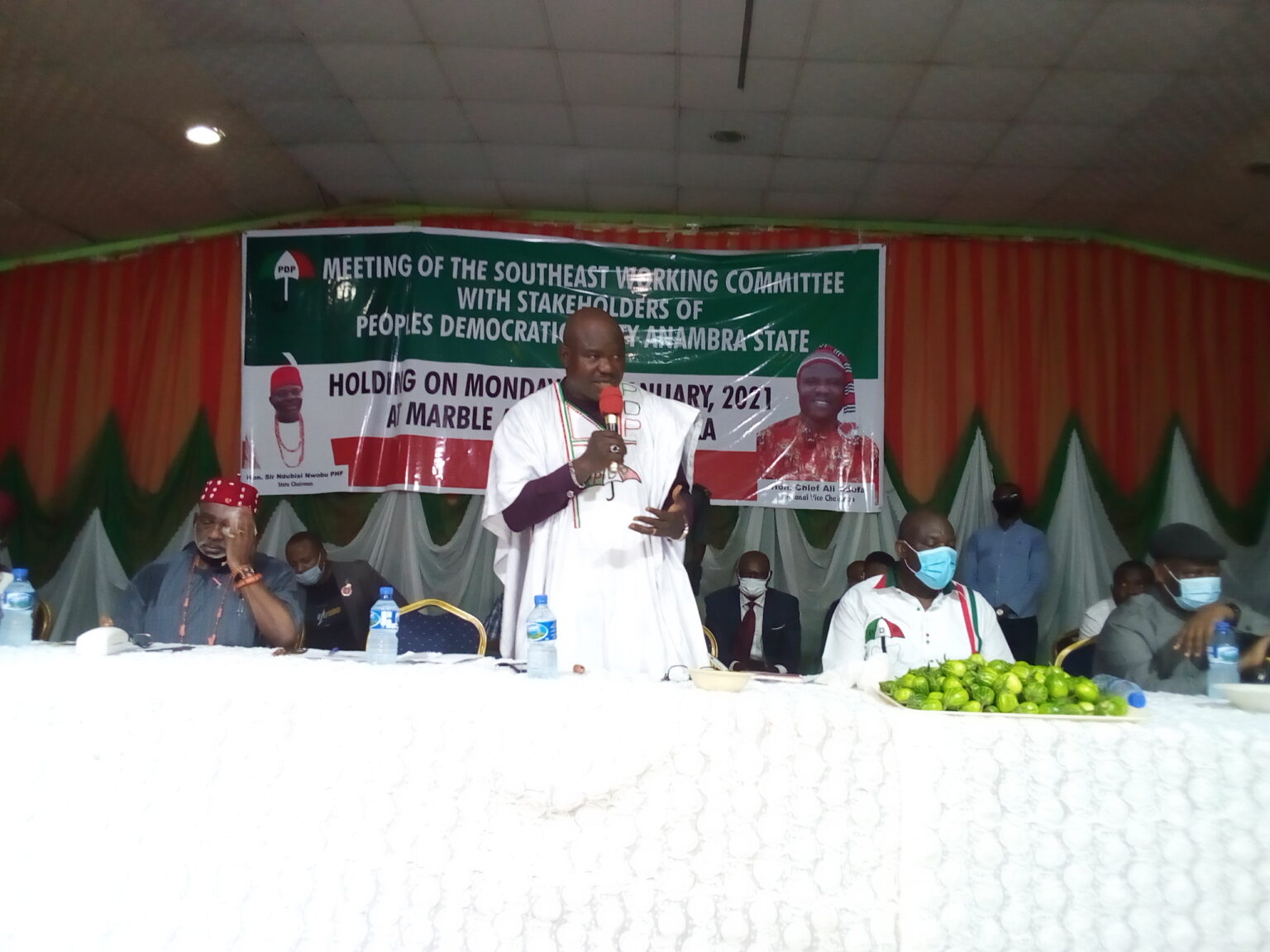 The Peoples Democratic Party (PDP) has asked its members in court against the leadership of the party in Anambra to withdraw all litigations ahead of the November governorship poll in the state.

Chief Ali Odefa, South-East National Vice Chairman, PDP, made the request in Awka during a meeting of the Zonal Working Committee with stakeholders in the state on Monday.

Odefa said that it was in the overriding interest of the party for peace and unity to reign ahead of the poll.

According to him, the party needs unity and cannot afford any court distractions, if it must form the next government in Anambra.

Therefore, he urged the aggrieved party members to direct their complaints to the zonal leadership for amicable and dispassionate resolution.

Odefa, who expressed satisfaction with the progress of PDP in Anambra, promised that the zonal leadership of the party would ensure that the primary election produced the best and most popular candidate.

He advised the “money bag” aspirants to deploy their money in lobbying delegates “and not try to bribe any leader of the party”, saying that money would not play any role.

“Anambra PDP has all it will take to win the governorship election and the aspirants are equally capable and qualified.

“Under my watch, we shall have a free, fair and transparent primary where the popular candidate will emerge and others will support him. My mission is to produce a PDP governor in Anambra.”

The PDP chieftain said the party remained strong in the southeast and ruled out the possibility of any other PDP governor defecting to another party.

In an address, the state party Chairman, Ndubuisi Nwobu, said the party remained united and strong more than ever before in the state.

Nwobu said the party could no longer afford the distractions of the litigations and urged aggrieved members to sheathe their sword and allow peace to reign.

He urged the aspirants to have confidence in his leadership to conduct a free, credible and acceptable primary which, he said, would be the selling point of PDP in the election.

Also, Chief Peter Obi, the former PDP Vice Presidential Candidate in the 2019 election, called on the aspirants to stop competing against one another.

Obi urged them to see the ruling-All Progressives Grand Alliance as their common opponent in the election.

He said that aspirants should shun social media hype and get to work by going to villages and electorate to make a commitment to what they intend to do for them if elected.

He called on the party leadership to design programmes for a tour of communities in the state.

The former governor announced a donation of N100,000 to each of the 326 electoral wards as Christmas gift.