Can Africa’s gaming potential be unlocked? 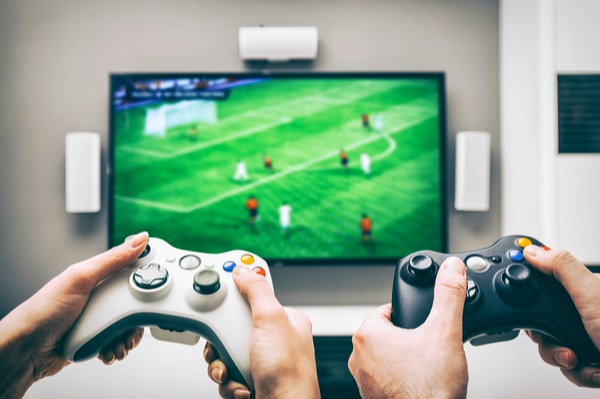 Despite being the second-largest and second-most-populous continent, African countries are yet to maximize their gaming potential.

According to Statista’s insight into the number of gamers by region, the Middle East and Africa possess 377 million video game players.

In comparison to other locations, this sees the area behind only Europe and Asia Pacific, who have 386 million and 1.5 billion, respectively.

However, despite Africa’s high participation levels, no African country is currently listed as a top-ten location regarding gaming revenues. So, how plausible is a breakthrough in the coming years?

Throughout the next decade, it has been projected that revenues within Africa will increase across various African countries.

An example of the predicted growth is evident within Nigeria’s gaming sector.

Interestingly, Statista reports that the country’s console gaming revenue reached $5.3 million in 2018, and that forecast to increase to $12 million by 2023.

While it’s clear that Nigeria may enjoy a profitable period in relation to traditional console gaming, this may not be their best route to enhancing the local video game industry.

As per Allcorrect Group’s data from 2017, the country boasts a 74 per cent smartphone usage figure across the population, with 47 per cent of those active internet users.

To showcase the potential of Nigeria’s gaming scene, this percentage of activity is three times higher than the continent’s average total.

Given that the West African country has a mobile-friendly gaming community, it’s not beyond the realms of possibility that this smartphone popularity could open the door to diverse gaming opportunities.

In the future, Nigeria could embrace a casino-oriented approach similar to fellow African country, South Africa.

Casinos.co.za lists the best South African casinos, many of which offer sign-up bonuses and are available across Android and iOS smartphones. Furthermore, South African operators utilize phone payment methods, such as Bitcoin and EasyEFT.

Should Nigeria opt for this smartphone-centred approach, then there’s undoubtedly scope for significant growth throughout the next decade.

What Can be Done to Maximize Growth?

One way in which this is achievable is through continually hosting game-related events that bring together the community.

Over the past decade, this has become increasingly common within Lagos, as gamers were invited to participate in the 90 Degrees Africa Ultimate PlayStation Soccer Competition back in 2012.

However, perhaps the main area that needs addressing is the strength and stability of network connections across the continent.

As per Mail and Guardian, latency issues are holding back African gamers from realizing their true potential on the competitive stage.

However, there’s hope that such problems will soon become a thing of the past. Sigma indicates that a $100-billion project supported by the World Bank Group could see every individual in Africa connected to broadband by 2030.

Long-term, this should significantly aid the continent’s gaming industry, as it will enable more players to immerse themselves in multiplayer titles.

Held Back, but Hopefully Not for Much Longer

Although Africa is currently lagging behind other continents from a revenue standpoint, there is nothing to suggest that will forever be the case.

There is unquestionably a big scope for the region to further their gaming industry, and significant steps are plausible within the next 20 years.

Predominantly, broadband improvements will play a leading role, while a mobile-friendly focus could also prove pivotal.