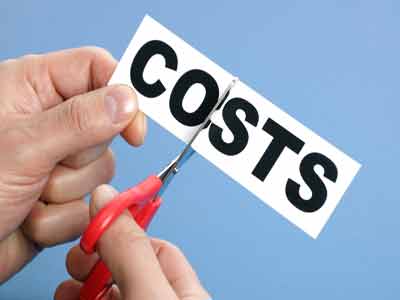 An economist, Prof. Evans Osabuhien, has called on the Federal Government to intensify efforts to reduce the cost of governance in order to have a good economic outlook in 2021.

Osabuhien, who was a former Head of Economics Department, Covenant University, Ota, gave the advice on Monday in Ogun.

The don stressed the need for the drastic reduction in the cost of governance as the revenues from oil had been falling in the international market.

According to him, the nation cannot be doing the same thing the same way and expect a better result.

“The nation cannot continue to have an increasing level of debt profile as revenue from oil might not come back to normalcy in a short time to come due to the current COVID-19 pandemic ravaging the world,” he said.

Osabuhien said that the level of borrowing was rising and this may take the country back to another debt crises.

According to him, the nation has to look inward on how to finance the government’s expenditures, if the country wants the outcome of 2021 to be better than 2020.

Osabuhien called on the Federal Government to take into consideration infrastructure development such as road network, stable power supply and adequate security, to boost the economy in 2021.

“If all Nigerians have access to adequate power supply, you can imagine the level of the impacts on Small and Medium Businesses that spur economic activities,” he said.

The don described taxation as an alternative means of generating more revenue for the government in the phase of the dwindling oil prices in the international market.

According to him, there is a need to minimise wastage and to cut down the cost of governances to increase production.

The economist said that the government could collect taxes from only those in the productive sector.

“If the Federal Government has the ability to do this, it will increase economic activities and bring back the nation on the track of national development,” Osabuhien said.