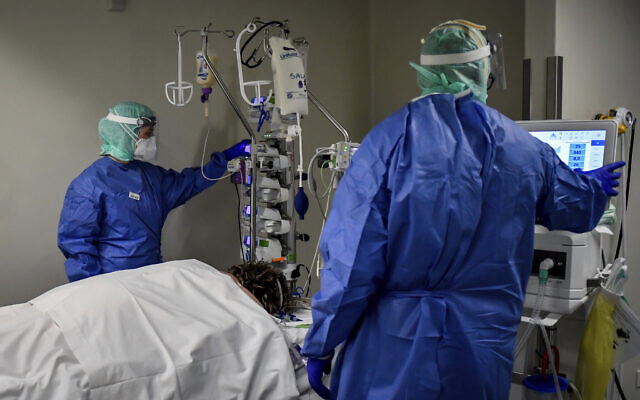 Nigeria’s COVID-19 cases jumped up again on Sunday, with nine Nigerians killed by the virus in the last 24 hours.

The deaths were recorded in Adamawa, Osun, Oyo, Plateau and FCT Abuja.

According to data released by the Nigerian Centre for Disease Control, NCDC, Adamawa recorded four deaths, Osun, Oyo and Plateau had one each.

The new deaths increased the total fatalities in the country to 1,311.

In the daily confirmed cases, Nigeria reported 917 new cases, an increase from what was reported on Saturday.

On Saturday, the nation recorded 576 cases.

The Federal Capital Territory, FCT, Abuja took over the lead from Lagos by posting 222 new cases, while Lagos registered 214 cases.

Kaduna State also recorded a rise in cases, reporting 119, while Plateau got 92 and Nasarawa 50.

New cases were reported in 16 States and the FCT on Sunday.