Updated: Larry King out of ICU 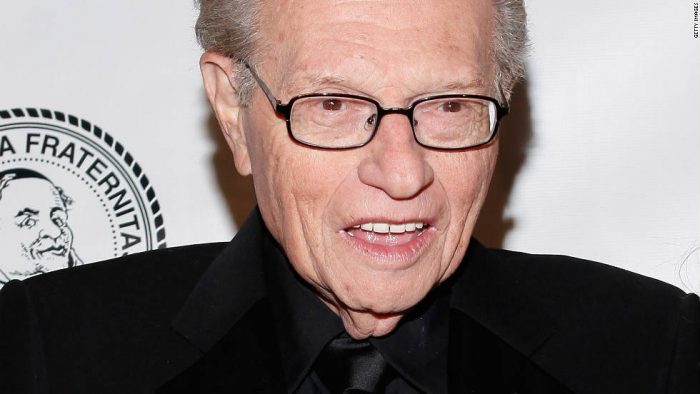 Veteran talk show host Larry King, hospitalised for COVID-19 since 10 days ago, is now out of ICU at Cedars-Sinai Medical Centre in Los Angeles.

The former CNN talk show host believes he contracted the potentially deadly bug from a health care worker who went to his home.

News of King’s bout with the coronavirus and hospitalisation came to light over the weekend.

One of his sons was also infected.

King has faced a host of medical issues in the past, including a heart attack, a stroke, prostate and lung cancer and diabetes.

His son, Andy, 65, died of a heart attack and his daughter Chaia, 51, died from lung cancer.