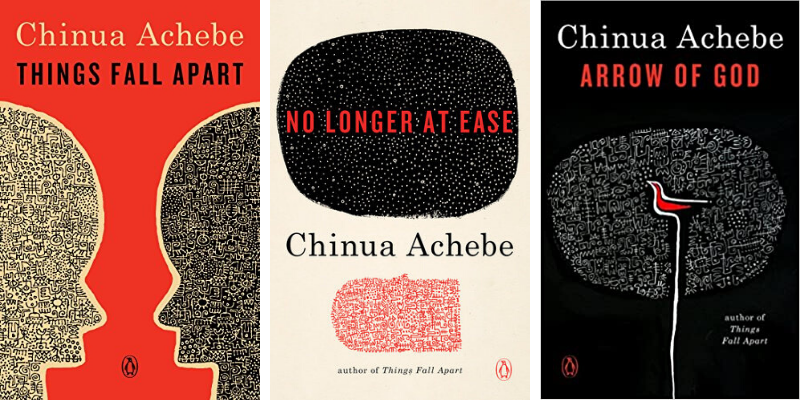 Things Fall Apart, classic Chinua Achebe published in 1958 is to be adapted for television. But Achebe’s magnus opus will be adapted alongside his two other works that make up the African Trilogy- Arrow of God and No Longer At Ease, the family of the late author announced in a statement.

“The Achebe family—his spouse, Christie Achebe, and children, Chinelo Achebe Ejueyitchie, Chidi Achebe and Nwando Achebe—has decided it is time to bring Things Fall Apart to the world in a different medium—television.

“We believe this moment makes the message of my husband’s work urgent, especially for Millennials and Generation Z who are challenging systemic racism and driving the Black Lives Matter movement. Chinua Achebe’s recognition and centering of these issues from an African perspective make his stories more vital than ever,” says Christie Achebe.

This is not coming as a surprise because more than six decades after Achebe’s magnus opus was published, it still speaks to the black experience in contemporary international politics. And not only did it establish African literature on the world’s stage when it was published in 1958, it remains the most widely read African novel. It has also sold more than 20 million copies in English alone and has been translated into more than 60 languages.

Its continual relevance cannot be overemphasized. Time Magazine named it “One of the 100 greatest novels of all time,” and Encyclopedia Britannica, one of the “12 novels considered the greatest books ever written.”

“In 2020, as the world confronts systemic racism and battles the COVID-19 pandemic, Achebe’s Things Fall Apart and his two other novels—Arrow of God, and No Longer At Ease—that make up The African Trilogy, remain relevant, profound and crucial.

“A television series combines the visual appeal of film with the ability to tell stories over extended programming. This makes it possible to faithfully present The African Trilogy’s epic, multi-generational sweep on screen to global audiences for the first time.  The series will portray decades of wrenching societal change—from the end of the 19th century in Things Fall Apart, through the emerging 20th century in Arrow of God, and the mid-20th century pre-independence period in No Longer at Ease,” the statement reads.

Here are some of the praise for Chinua Achebe and Things Fall Apart:

Nadine Gordimer: “A mind able to penetrate the mystery of being human.”

Nelson Mandela: “A writer in whose company the prison walls fell down.”

Toni Morrison: “African literature is incomplete and unthinkable without the works of Chinua Achebe. For passion, intellect and crystalline prose, he is unsurpassed.”

Barack Obama: “A true classic of world literature . . . a masterpiece that has inspired generations of writers in Nigeria, across Africa, and around the world.”