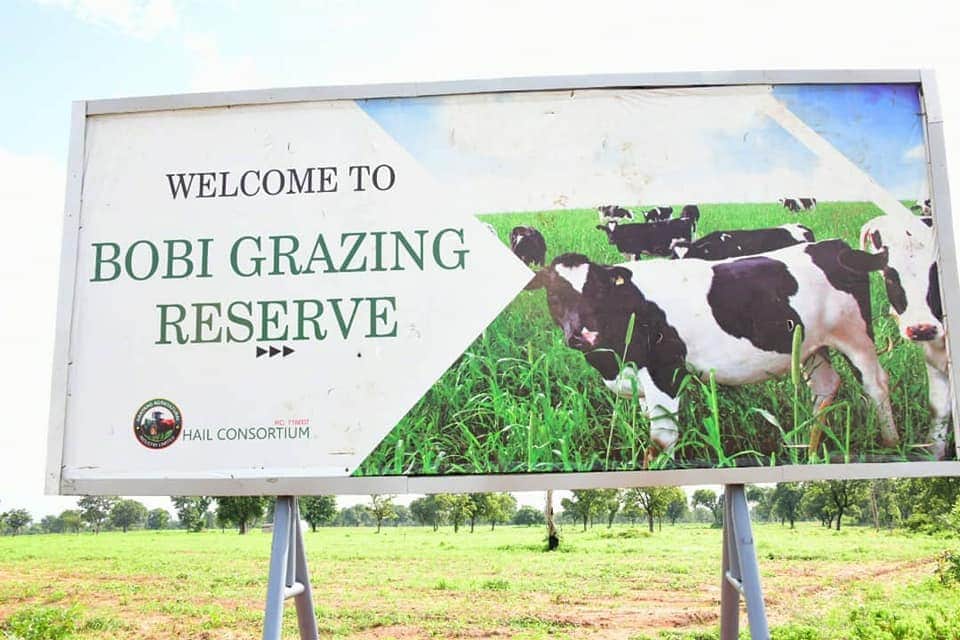 The Niger government is committed to actualising Bobi Grazing Reserve located along Mariga and Mashegu local government areas of the state.

Gov. Abubakar Bello made this known when he visited the Bobi Grazing Reserve to inspect activities on the reserve which were being affected by the increasing cases of armed banditry in the area, saying that government would do whatever it takes to secure the place.

“Without having to give details, I can assure you that we are committed and determined to put in place high-level security measures that will safeguard both government and private sector investments here,” he said.

Bello urged the Fulani communities within the grazing reserve to embrace and key into the Ruga Settlement Programme for their socioeconomic prosperity and in the overall interest of the state.

He charged them to be vigilant and security conscious, protect all facilities and equipment in the reserve, be accommodative but cautious in harbouring those ‘wicked’ people who may be out to disrupt the arrangements.

In his remarks, Malam Ardo Abubakar, Leader of the Fulani in the Bobi Grazing Reserve, expressed optimism that the project would be a huge success.

“We have witnessed the planting and harvest of the pastures, we have also seen the reality of artificial insemination and crossbreeding.

‘We are convinced about its potentials as a lucrative and dependable business,” he said.

The reserve, which was established by the Northern Region administration, sits on 31,000 hectares of lush vegetation, with forest stretching several kilometres on end.

It is divided into seven blocks with about 700 households and six earth dams.

It also boasts of solar-powered boreholes and seven pasture blocks.

The reserve, which has been dormant for about six decades is now a beehive of activities.

Every section of the reserve is undergoing transformation as key investors struggle to outclass each other to grab the opportunities thrown up by the Federal Government.