Nigerian actress Daniella Okeke under fire for her backside 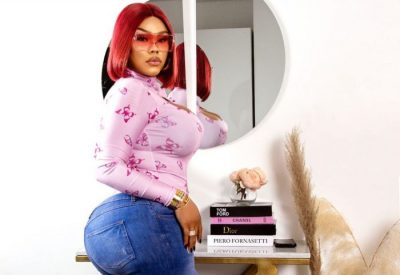 Fans of Nigerian actress Daniella Okeke, are dragging her for sharing a picture on her Instagram page with her massive butt in display.

In 2013, Okeke starred as “Joke” in Lagos Cougars, a role that earned her the Best Actress in a Leading Role nomination at both the 10th Africa Movie Academy Awards and 2014 Nigeria Entertainment Awards.

Okeke who hails from Imo State, was born on 26th March, 1987. Sharing the picture that has got tongues wagging, her caption read “Happy New Year 🎆 🎊 2021”

Check on the comments:

iwebunankitifrancisca
The nyash dey wish us happy new year self🙌😂

dunnidunz
Abeg you people should stop. What’s this?

jesssiliciouss
Ur problem dey ur back

henriettaegegbara
@okojielaura but it is bigger than before ooo, is not as big as this..