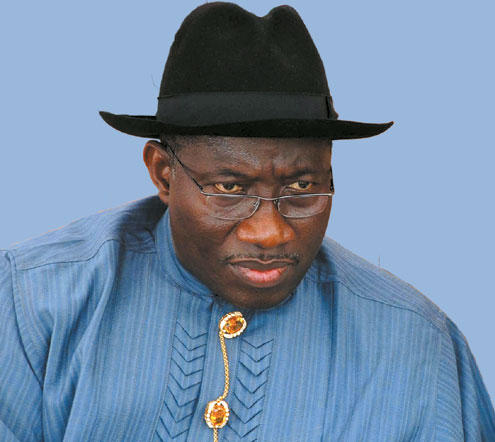 Former President Goodluck Ebele Jonathan has stated that the African Future Leaders Award (FALA) organized by the Chris Oyakhilome Foundation of the Loveworld Incorporated, is a transformation of humanity to greatness in the continent of Africa.

Jonathan commended Rev. Dr. Chris Oyakhilome, President of Loveworld Incorporated, the Christ Embassy Ministry and his entire team for their efforts in bringing the event to fruition in the African continent.

The former president said: “There is no greater and more inclusive representation of the hope of this continent than these youths from different countries of Africa. Recognising, and being recognised for the special skills sets, talents you possess is something you should not treat with levity. It is a privilege that should guide you to become all that God created you to be.”

President Jonathan further counseled the FALA recipients: “See this awesome opportunity as a stepping stone to be part of the transformation of humanity for greatness. That you were chosen out of the hundreds of millions of African youths is a testimony that you have something great to offer the continent of Africa.

“The African continent, no doubt, has been facing challenges of political stability, good governance and socio-economic growth and development. But these challenges are not insurmountable, and one sure way of getting out of them is human capital development and capacity building of the African youth.”

The former President stated that Africa has the youngest population in the world, lamenting, “but this demographic boom and youth bulge, may generate concern and uncertainty, especially, if poorly managed.”

He maintained that however, it should be remembered that population growth is not necessarily a disabling factor in itself; it is even desirable and sought after from an economic point of view. “If the future belongs to Africa, then, it is in your hands. Get ready for leadership in all spheres: politics, business, academic and within your communities. Africa needs thinkers and doers like you.

“It has been my thought that one of the challenges of the future is the extent to which our universities can meet the needs and aspirations of the society which they are established to serve, without compromising the autonomy that is so essential for a healthy academic atmosphere.

“Interestingly, young people all over the world have become empowered with sophisticated learning tools provided by the information and communications technology and the Internet.

“Our youth have fresh energy to devote to learning and discoveries. The talents and skills of the African youth can be speedily developed with support from organized systems. They do not have to wait for the government to provide everything required for development and capacity building. They must be the change they seek and make that impact in the society,” former President Jonathan said.

He pointed out that talents are universal, but opportunities are not.

“This is why I am so happy and grateful to the Chris Oyakhilome Foundation for this highly commendable project aimed at giving African youth the much-needed footing in capacity development through “The Future Africa Leaders’ Award,” aimed at discovering, expanding, and rebuilding the mindset of the youths so as to bring to reality and practice their leadership potentials in Africa and for Africa.

“We can see the African youths have demonstrated commitment and dedication to making Africa proud, even in foreign countries, from Europe to America. On the African continent, the youths have not failed, but they can do better to end contemporary problems in the continent,” Jonathan highlighted.

He remarked that complementing the efforts of government in youth empowerment beyond the shores of Nigeria into the entire African continent, is a project that requires the commendation of Rev. Dr. Chris Oyakhilome, President of Loveworld Incorporated, the Christ Embassy Ministry.

“He has shown visionary leadership. It will take a visionary leader to begin to prepare the future from today by developing and encouraging young people across Africa to think of independent means of improving their remote communities without waiting for government. And they do this irrespective of tribes, religion, or other primordial prejudices,” Jonathan declared.

President Jonathan observed that one functional role of the Future Africa Leaders Award is that it will not only make Africa better in socio-economic development; it will also harness the potential to contain conflicts on the continent, and possibly eradicate violent uprising in the long run. “This will happen by cutting the recruitment link to those who indulge in conflicts across the continent.”

The former president congratulated the award winners of this year; and commended Pastor Chris for the task of rebuilding the mindset of African youths and other believers, and his efforts in developing the autonomous human race of the 21st century.

“Our hope for a better Africa is in Africa. And Loveworld is leading the way for the fulfilment of this hope.

“On the request, I would gladly oblige to be part of the success story of this initiative either in a way of partnership with my Foundation, the Goodluck Jonathan Foundation or in any other role,” the former President said.