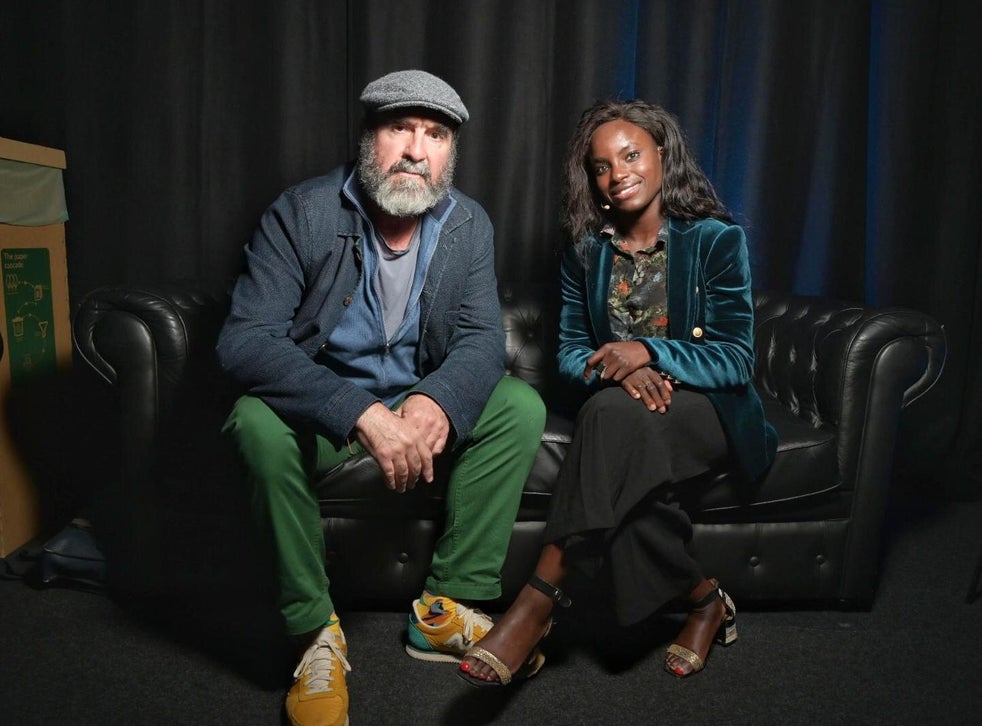 The British-Nigerian, while speaking on Budweiser’s Kings of the Premier League show on Friday, said her heart was shattered when Eric Cantona left Manchester United.

Aluko, who said she is now a Chelsea fan Aluko, narrated that she supported rivals Manchester United as a child.

She said, “Yes, I was a United fan growing up. My favourite player was Eric Cantona and I used to pop my collar like him in the garden.

“I remember bawling my eyes out when United lost out to the FA Cup against Everton in the 90s. But I was devastated when Cantona left [the club]. He broke my heart. I didn’t connect with Manchester United again. Now I’m a Chelsea fan.

“I have since been lucky enough to meet Cantona. He’s quiet, not a man of many words. I told him this story, that I couldn’t believe I was sat in front of him… and now we’re friends on Instagram!”

She said, “I know Saka’s family well. When he was a bit younger, I told them I soaked in a magnesium bath the day before a game to prevent cramp.

“Bukayo started doing the same thing and he’s flown ever since. He’s never had that problem with cramp since, so I’m definitely taking the credit for that!”