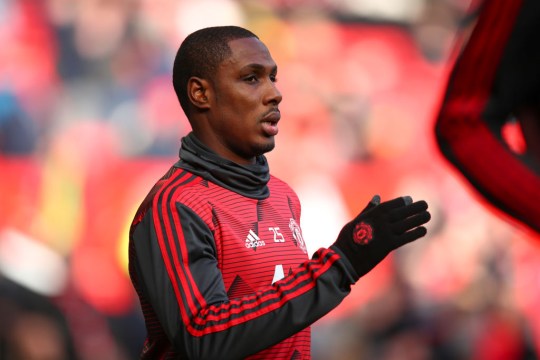 Manchester United underused striker Odion Ighalo is in line to make his fifth appearance of the season for the club’s FA Cup clash against his former club Watford this Saturday.

United coach, Ole Gunnar Solskjaer confirmed this today, at a press briefing, in which he also announced plans to offload some players.

‘Odion, it’s special for him against Watford, he will be involved, he’s in the squad,’ said Solskjaer.

‘He’s been training really well. I don’t know how many goals he scored today but by a mile he was the top scorer in the round robin we just finished in training, so he’s not lost any of his sharpness or his quality.

‘It’s been difficult for him being out of the squad as many times, of course. He did really well up until the summer. This season he’s not had many opportunities.

‘But he’s never let himself down as a professional and a human being.

`’In training he always works hard and he’s been a positive influence in the dressing room.

‘He’s in the squad [against Watford] and hopefully I don’t need to put him on because we need goals, but hopefully he can join in.’

He said both players will not have their contracts renewed at the end of the season.

Rojo and Romero have not featured at all for United this term and both were granted permission to return to Argentina over the Christmas period.