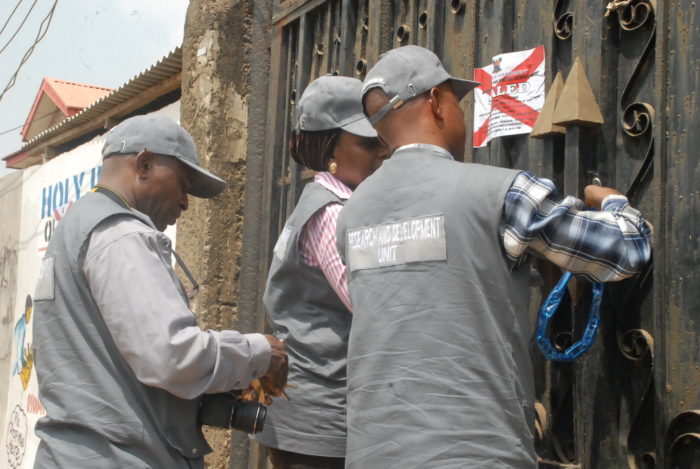 The Kwara Government, on Friday, ordered the sealing up of two children’s homes, Blusolande Day Care and Inioluwa Orphanage, for operating illegally in the state.

The Permanent Secretary, Ministry of Women Affairs and Social Development, Hajia Nike Ibrahim, gave the order following an on-the-spot assessment visit to the affected homes in Omu-Aran, headquarters of Irepodun Local Area of the state.

According to Ibrahim, the homes were operating without government approval and under unhygienic conditions.

“Blusolande orphanage is found to be operating illegally; operating with lack of security and no medical records of inmates.

“It was utilising a residential home for daycare services, in absence of police extract report, and out of the three inmates it claimed only two were present.

“On the part of Inioluwa Orphanage Home, apart from operating illegally, it was doing so under a poor health system, lack of personnel, while two out of the 13 inmates claimed were not present,” she said.

Ibrahim warned that it was not going to be business as usual for illegal homes in the state, adding that the ministry would not fold its arms and watch children being subjected to unhealthy and harsh living conditions.

Also speaking, Director Social, in the ministry, Hajia Medinat Idris, stressed that every orphanage home and day care centre in the state must adhere strictly to laws guiding their operations.

She listed some of the guidelines as employment of a general administrative officer, adequate protection and care of children and sufficient nannies.

Other guidelines, according to her, were adequate space for sleeping and playing, provision of First Aid boxes, treated mosquito nets, Nest kitchen, a very well ventilated building and maintenance of adequate medical reports of the inmates.

Also contributing, Director Child, Hajia Memunat Yusuf, emphasised the need for proper daycare registration, which must be differentiated from that of an orphanage home.

The News Agency of Nigeria (NAN) reports that the visit to the affected homes was part of the ministry’s efforts at sanitising operations of orphanages and daycare homes across the 16 councils in the state.