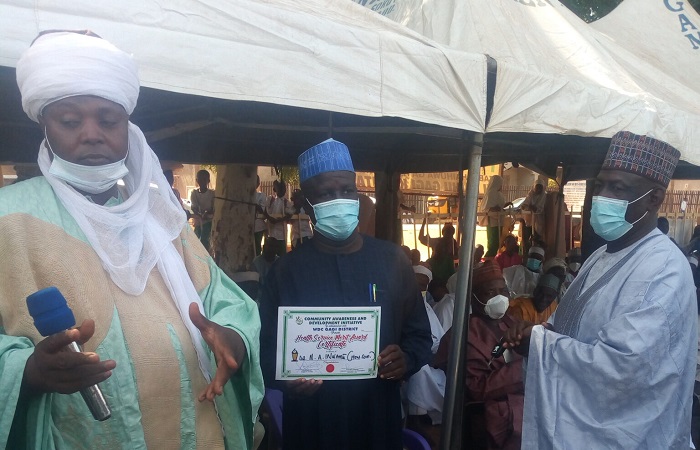 Others were the children, who completed all rounds of routine immunisation, and pregnant women that also completed ANC services and were delivered in public healthcare facilities.

In an address, the Commissioner for Health, Dr Ali Inname, lauded the organisation for the gesture.

Inname said that the gesture would help to motivate communities to be more active in taking routine immunisations.

He commended the foresight of the organisers and promised that the government would borrow a leaf from them and replicate the same at the state level.

The Chairman of the Board of Trustees of CADI, Alhaji Sani Umar-Jabbi, urged women in the state to access ANC services and ensure complete immunisation of their children and wards.

Umar-Jabbi, who is also the District Head of Gagi Community, expressed worry that only about five per cent of pregnant women were delivered in hospitals, in spite of all the existing health centres equipped with necessary facilities.

He said that 70 per cent to 80 per cent women deliver newborn babies at Gagi PHC monthly.

He said that the figure was achieved through mass sensitisation and health education.

Umar-Jabbi said the measure was part of the efforts to sustain the effective healthcare service delivery in the state.

He advised officers and members of staff in charge of the seven PHCs under Gagi district to be innovative in dealing with their patients.

According to him, the way you carefully deal with patients will encourage people to patronise your centres.

Responding on behalf of the recipients, the Special Adviser to Gov. Tambuwal on Rural Water Supply, Alhaji Sani Naguru, expressed appreciation to CADI for the gesture.

Naguru hoped that the efforts by the organisation, plus government’s initiatives, would help to enhance healthcare delivery in the state.

He advised the people to reciprocate the efforts of the government and NGOs by patronising government’s healthcare services and other social support in the interest of their general wellbeing.