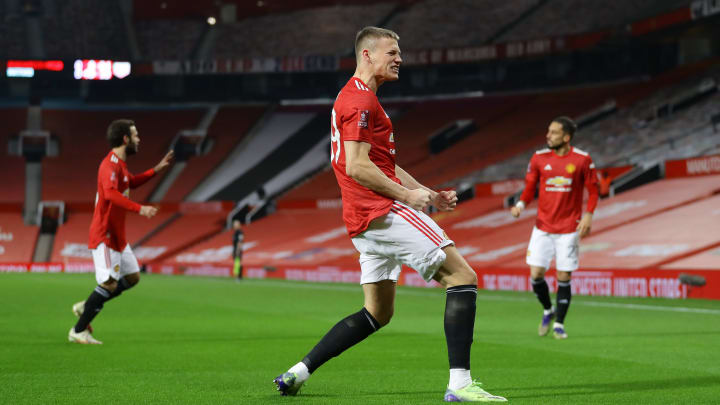 Mctominay celebrating after his lone goal against Watford

Manchester United laboured into the next round of the FA Cup thanks to a 1-0 win over Watford at Old Trafford.

The hosts came flying out of the traps and took the lead, thanks to Scott McTominay’s header from an Alex Telles corner, which went in off the post after just four minutes.

It proved enough to see off a spirited Hornets side who were managed by their new boss Xisco Munoz for only the third time since his appointment just before Christmas.

Neither side created much else in a pretty drab affair, but Ole Gunnar Solskjaer’s men will have their name in the hat for the fourth round, thanks to the victory.