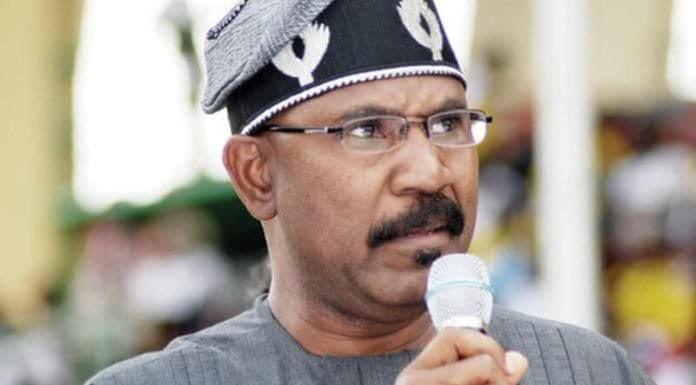 The Federal Government of Nigeria says the increasing cases of COVID-19 are imposing an enormous burden on the nation’s health facilities.

Sen. Olorunnimbe Mamora, the Minister of State for Health, disclosed at a briefing by the Presidential Task Force (PTF) on COVID-19.

He said that the 18,699 active COVID-19  cases were stretching health facilities.

“With the increased number of confirmed cases, the number of active cases has increased.

“As of today, we have 18,699 active cases on treatment both in health facilities and in community, using the treatment protocols.

“Many of the active cases may require care in one of the treatment or isolation centres, thus imposing an enormous burden on our facilities,” Mamora said.

He noted that Nigeria had crossed the 100,000 mark for confirmed cases of COVID-19, saying that it showed an increase in infection.

He said that the country had lost 1,358 people to novel coronavirus.

“Our testing rate in the last few weeks has increased as we continue to engage states to scale up their case finding and testing,” the minister said.

Mamora said that the country was working to meet a target of testing two million residents within the shortest period.

The minister added that results from tests conducted on prospective National Youth Service Corps members confirmed that no part of the country was free of COVID-19.

“We safely and comfortably drew this conclusion because corps members are mobilised from all the states of the country for each of the orientation camps.

“The report that many of those who died reported late for treatment at the approved centres because they were referred late from private facilities are alarming.

“We therefore once again urge healthcare practitioners to promptly send all suspected cases for testing and, when positive, refer them to isolation centres for treatment.

“Attempting to treat suspected or confirmed cases not only exposes the health workers in such a facility to risk of infection but also denies the patient early access to effective treatment in an approved treatment centre,” he said.

Mamora also said that the plan of the Federal Government regarding the activation of oxygen availability in the states was on course.