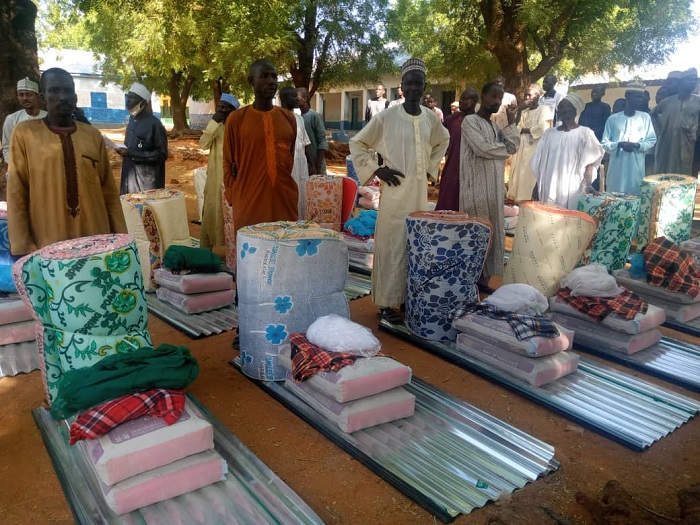 The local government areas are Moro, Edu and Patigi, all in the Kwara North Senatorial District.

Items distributed to the victims of the 2020 flood disaster included cement, roofing sheets, nails of different sizes, have of rice, semovita and vegetable oil.

Mr Aliyu Mohammed, Chairman, Implementation Committee, who spoke at the distribution point in Jebba, Moro LGA, said that another committee had been inaugurated by the Oba of Jebba, Abdulkadir Adebara, to ensure the materials got to the affected victims.

Mohammed advocated an attitudinal change in respect of waste management among residents of the three areas and also advised against building structures on water channels to prevent recurrence of flooding.

He said that the government had concluded arrangements to enforce compliance with a masterplan in major cities and towns in the state to achieve proper planning.

Speaking at the event, the Secretary to the State Government, Prof. Mamman Jibril, urged members of the local committee to ensure that all items got to the affected residents.

Jibril, who implored the beneficiaries to make judicious use of the items, noted, however, that government intervention was not in any way proportionate to the losses suffered.

He said that intervention was just to demonstrate the government’s concern and support for the people and to ameliorate their plights.

Also, Oba Adebara commended Gov. AbdulRahman AbdulRazaq for reaching out to the victims of flood disaster in the area.

The 93-year-old traditional ruler said that the communities would always support the governor because of his love and kindness to the people.

The Oba of Jebba also applauded the governor for his visit to Ganka in the Jebba suburb after the petrol tanker explosion that killed six persons recently.