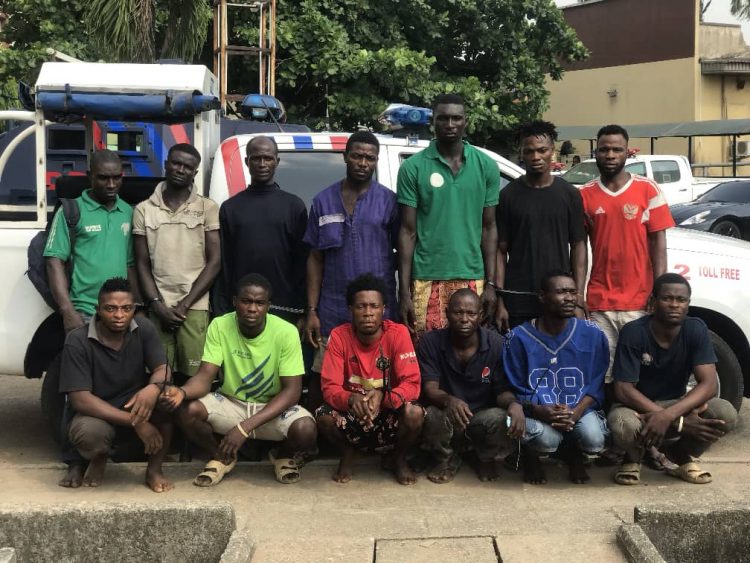 The Lagos State Police Command on Thursday said its men have arrested 13 suspected traffic robbers in the State.

This is as the Commissioner of Police, Hakeem Odumosu, reiterated the command’s commitment to eradicate traffic robber in Lagos State.

The police boss made the assertion Thursday at the Command’s headquarters, Ikeja while addressing officers and men of Rapid Response Squad (RRS) and other operational units who are deployed at strategic places across the state to fight traffic robbery.

He emphasised the need to adopt various anti-crime strategies in combating the menace which must not be allowed to jeopardise the security network of the state.

In his brief to the command, the Commander RRS, CSP Yinka Egbeyemi, confirmed the arrest of additional 13 suspected traffic robbers by his men on Wednesday while lurking around Motorways, Old Toll-Gate and Olusosun Dump site, Ojota, Lagos.

“Some of the suspects were caught red-handed while taking drugs in their hideouts around the corridor; and they were actually fingered and recognised by the residents and eye witnesses to have been involved in some of the previous traffic robberies and other crimes being perpetrated in the areas,” Egbeyemi said.

The Commissioner of Police has ordered that the suspects be transferred to the State Criminal Investigation Department (SCID) for proper investigation and possible prosecution.

Odumosu, however, assured the general public of the command’s relentless efforts in eradicating traffic robbery and providing adequate security for all and sundry in Lagos State.