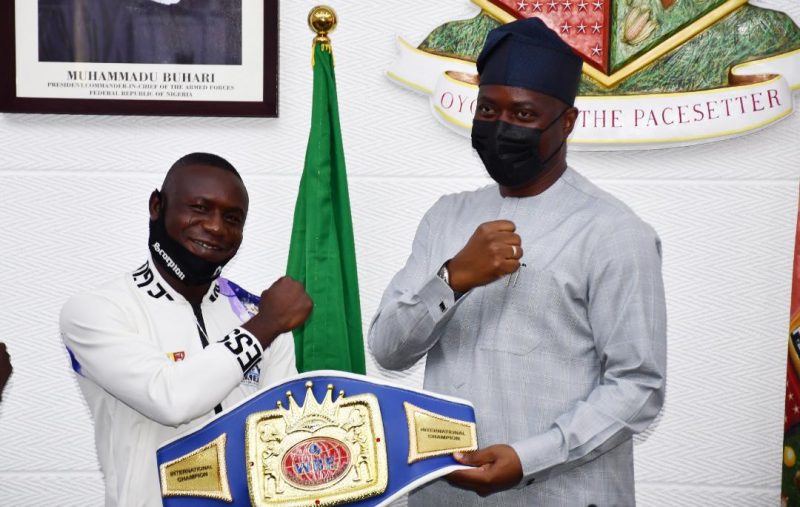 Oyekola, who is from the state came to present his belt to the Governor in his Office at the Secretariat, Ibadan.

He was declared the winner via unanimous decision after ten rounds of action.

A Nigerian Dick Tiger, was the last person to win the belt 57 years ago.