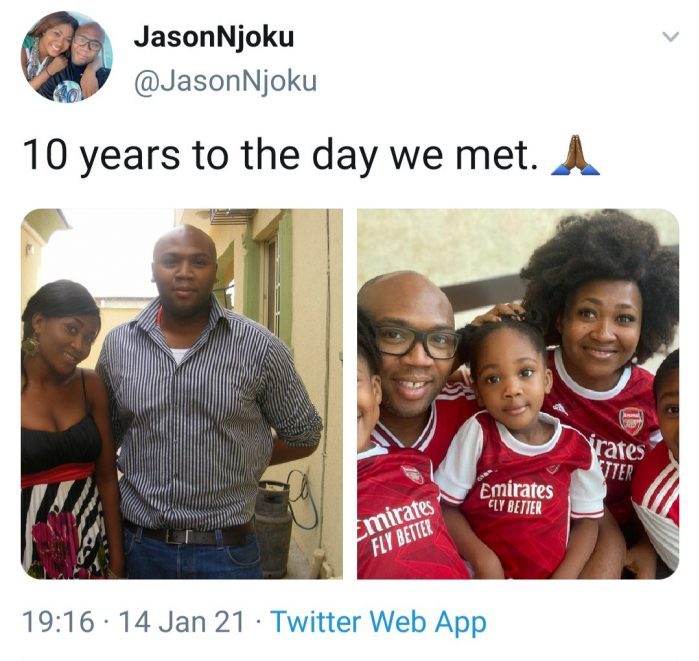 British-Nigerian businessman, co-founder, and CEO of iROKOtv, a video-on-demand service for Nigerian movies Jason Njoku, posted a photo of the first time he met his wife Mary, and 10 years after.

Njoku married Nollywood actor and producer Mary Remmy in Festac, Lagos, on August 18th 2012. They have 3 kids together.

Jason was born and raised in Deptford, South-East London, with his four brothers and sisters, raised by their mother all by herself, whilst working a full-time job in the National Health Service.

The father of 3 went to school in London, then moved to a village in Nigeria from the age of 12 – 15. After he returned from Nigeria, he attended college to complete his A-Levels, before securing a place at The University of Manchester where he read Chemistry.